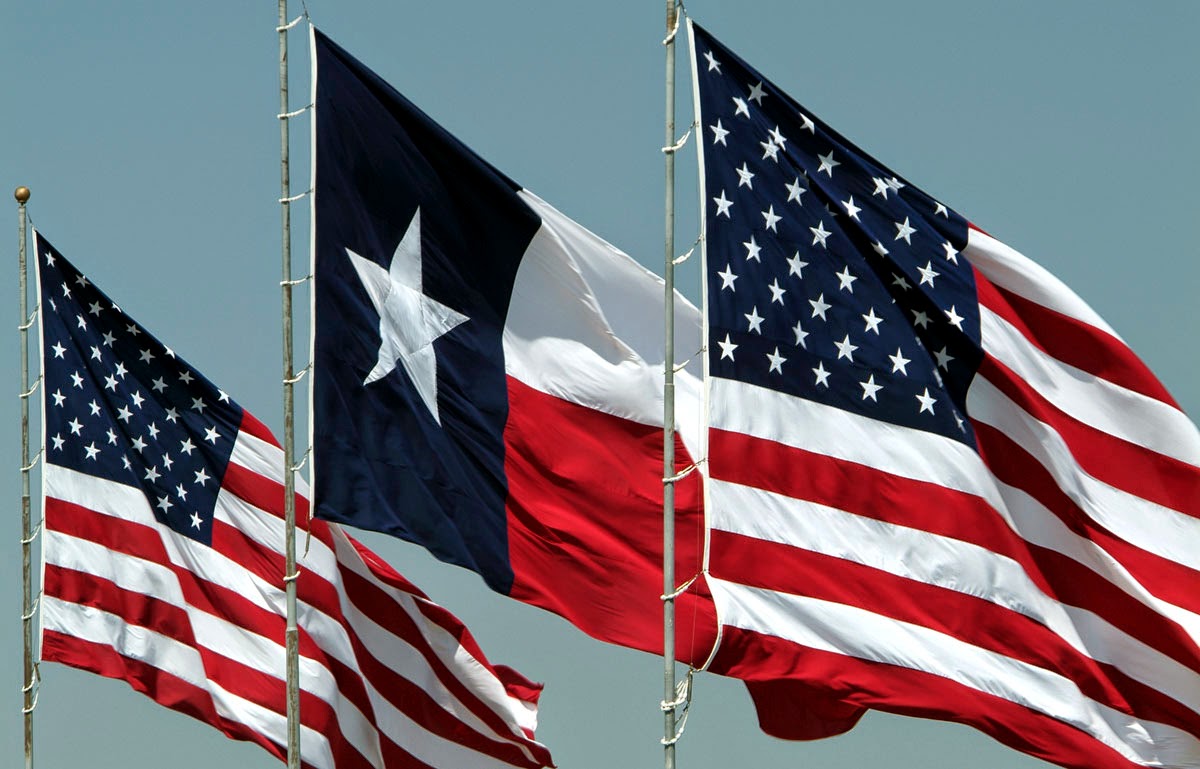 Excel Math is correlated to the new TEKS: Texas  Essential Knowledge and Skills.

Take a look at the correlations by grade level on our website: http://excelmath.com/downloads/state_stdsTX.html

Excel Math works for students at all levels because it is:

We print Excel Math throughout the year so you always have the latest Student Lesson Sheets and Teacher Editions, unlike textbooks, which remain static.

We are pleased, but not surprised, at how well our Excel Math materials correlate to Texas Essential Knowledge and Skills requirements.

Current test results will remain strong for students using Excel Math. At the same time, Excel Math will provide them with powerful support, in-depth practice, and frequent assessment for the move to STAAR.

Download the Grade 3 Mathematical Process Standards to see how the TEKS mathematical processes are woven into Excel Math lessons.  Click on the image at left to see how we include these Processes in the tasks and activities your Grade 3 students will complete throughout the year.

(Check back each week for the other grade levels.) 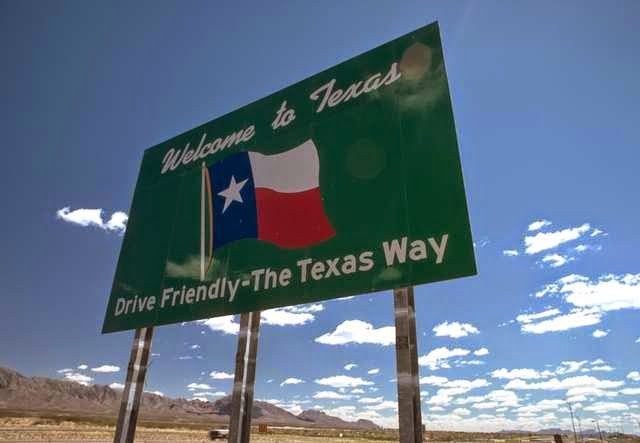 Excel Math includes weekly and quarterly assessment along with a proven spiraling process and spaced repetition of concepts. With Excel Math, students learn higher-order thinking skills beyond what is required of TEKS.

Our correlations allow you to focus on the new TEKS standards or go even further, with additional concepts we provide.

Click on the word "comment" and leave a comment in the box below to let us know how you are beginning to implement the new TEKS into your math lessons.
Posted by Unknown at 10:15 AM 0 comments 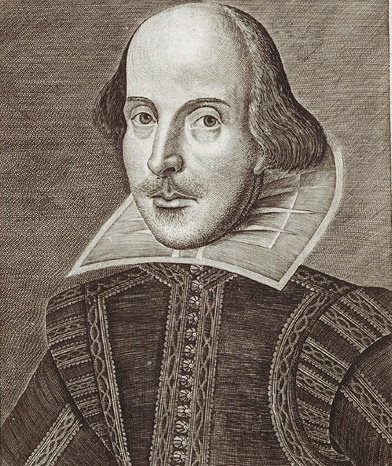 Wednesday, April 23 marks the 450th anniversary of William Shakespeare's birthday, according to historians. (His actual birthdate is unknown, but he was baptized on April 26.)

Every year we get calls from teachers around the country looking for a language arts program as effective as Excel Math is for math. Unfortunately, we can't help with other subjects. Excel Math gives teachers powerful lessons for teaching elementary math (kindergarten through Grade 6). Our unique spiraling process gives students the foundation they need to build math skills into their long-term memories and even begin to love math. Read what parents and teachers are saying.

The occasion of Shakespeare's birthday might be a perfect time to hold a birthday party in your classroom. Include birthday cake (make sure no one has allergies to any of the ingredients), a reading from one of Shakespeare's plays or sonnets, reports about his life, pictures, photos and descriptions of England in the 16th century and today. Then let your students calculate how old Shakespeare would be if he was still alive today. (450 years old)

The Internet Shakespeare Editions offers multiple ways of exploring Shakespeare’s plays and poems. They publish several versions of Shakespeare's works including searchable old-spelling transcriptions, modern editions prepared especially for the digital age, and facsimile images of the original texts. You may want to show your students some of the old spellings and images of the texts. Take a look.

During the first years of Elizabeth’s reign, English acting companies used inns, inn yards, college halls and private homes for their performances. In 1576 James Burbage (actor and theater manager) built the Theatre in Shoreditch, the first London playhouse actually built for the purpose of theater. Shakespeare joined their troupe in the 1580s. William Shakespeare was a professional actor and playwright from Stratford-Upon-Avon. He worked in London, writing an average of three plays a year. Read more about Shakespeare at Shakespearesglobe.com. 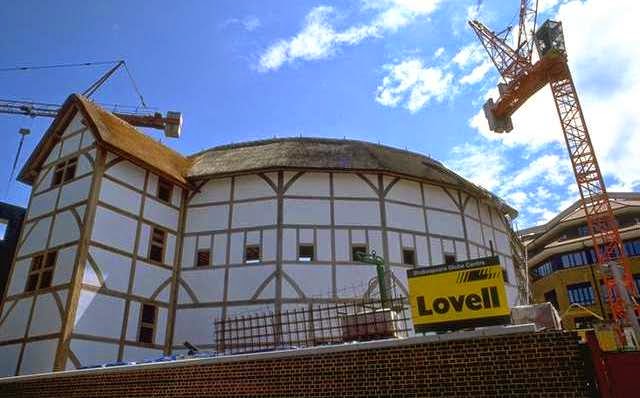 The original Theatre burned to the ground in 1613, during a performance of Henry VIII when wadding from a stage cannon set the thatched roof on fire. Take a look at artist's renderings of the original Theatre on the Shakespeare's Globe website.

The theater was rebuilt with a tiled roof and remained the home for Shakespeare's old company until 1642 when all the theaters were closed under England’s Puritan administration. Two years later it was demolished to make room for tenement housing.


In 1949 the American actor, director and producer Sam Wanamaker visited London for the first time and initiated the  project to rebuild Shakespeare’s Globe, pictured left. The Globe was opened by Her Majesty the Queen in June 1997.

No one knows what the original Globe actually looked like. We do know that it was a 20-sided building with a diameter of 100 feet. Here's a scene from the play Romeo and Juliet. Read more.

Today the Globe offers educational tours, plays, interviews, and even a "playground" complete with fun facts, videos, "make your own" postcards, a place to share photos and a section called "learn to write like Shakespeare." Try out the activities at http://www.shakespearesglobe.com/playground .

You might also like these articles:
Excel Math: Powerful in a Core or Supplement Position
Math Poems, Songs and Games
Common Core—A New View On Learning Math
Top-Notch Math Lessons for Transitional Kindergarten

Excel Math: Powerful in a Core or Supplement Position 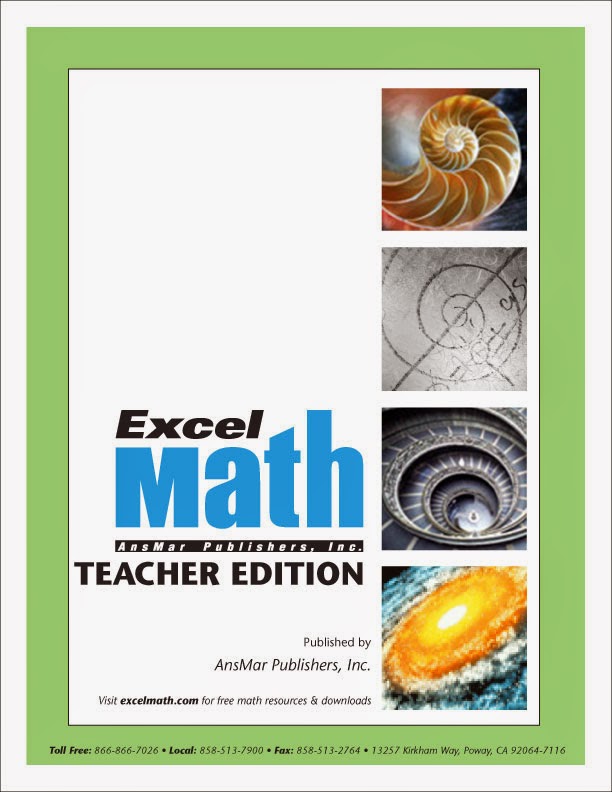 Excel Math builds student success when used in either a core or supplement position.

In a recent EdSource post, Lillian Mongeau got right to this point, saying teachers are "unevenly prepared" to teach in this "dramatically different fashion."

Instead of leaving it up to the teacher to figure out new ways to teach, the new Excel Math Common Core Editions contain lessons, discussion ideas, hands-on activities, teaching tips, and manipulatives (such as fractions on a number line and coordinate grids) that address the new Common Core Standards.

Excel Math gives teachers powerful lessons in either a core or a supplement position. Our unique spiraling process gives students the foundation they need to build a foundation of math skills.

Using Excel Math as a Supplement?

Here are a few points to remember:

1. Stick with Excel Math's Daily Pacing
There's no need to skip around with Excel Math. Follow the lessons as they occur in the Student Lesson Sheets and in the Common Core Teacher Edition. Because Excel Math Lessons use a precise spiraling process, the concepts will occur taught in the lesson will reoccur at regular intervals for practice, review, homework and assessment. We don't expect mastery the first time the concept is introduced.

2. Go with the Core
It doesn't matter if your Core curriculum has you teaching a different concept than appears on the Excel Math Lesson Sheets. The Excel Math spiraling process has you covered! The spaced repetition of Common Core concepts ensures that your students will continue to have exposure to the concepts introduced in your Core curriculum.

Schools report that test scores increase after using Excel Math as a supplement to their Core curriculum. Read math success stories and rave reviews from administrators, teachers and parents on the successes page of our website.

Read more about using Excel Math as a supplement . . . 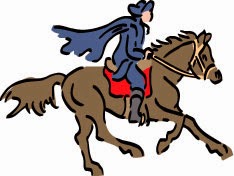 On April 18, 1775, Paul Revere and several other American patriots rode through the countryside of New England to warn the colonists of the arrival of British troops.

Paul Revere was an American silversmith, engraver and early industrialist. For a fascinating look at his life and colonial times in 1775, the book Paul Revere and the World He Lived In by Esther Hoskins Forbes is an interesting read: "not merely one man riding one horse on a certain lonely night of long ago, but a symbol to which his countrymen can yet turn."

Paul Revere was a dentist as well as a silversmith. Here are 12 interesting facts about Paul Revere your students may not know from www.history.com. 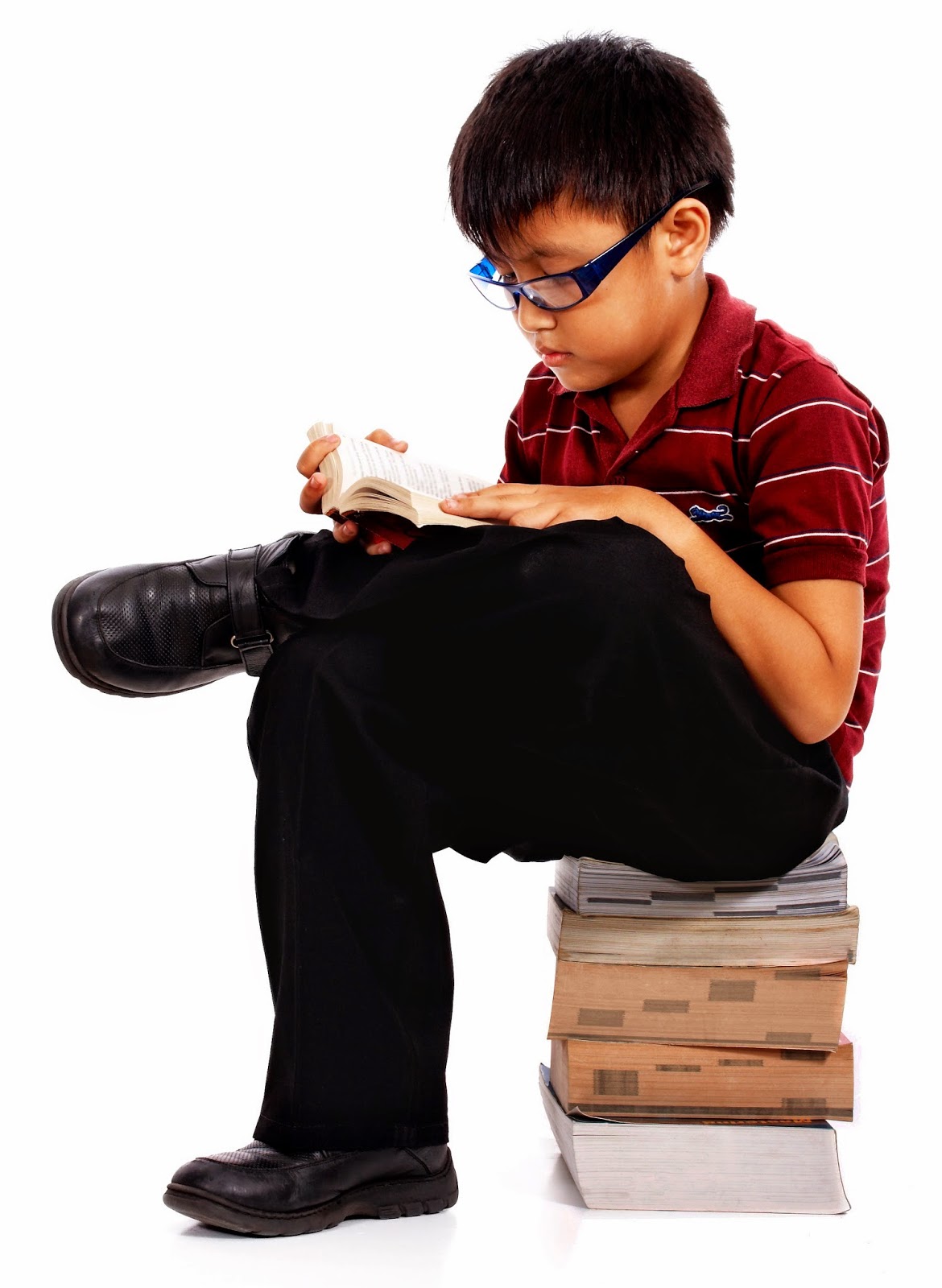 Since April is also National Poetry Month, you could have your students read "The Midnight Ride of Paul Revere," the well-known poem by American poet Henry Wadsworth Longfellow.

Then have your students listen to this reading of the poem complete with historic paintings and the sound of galloping horses. 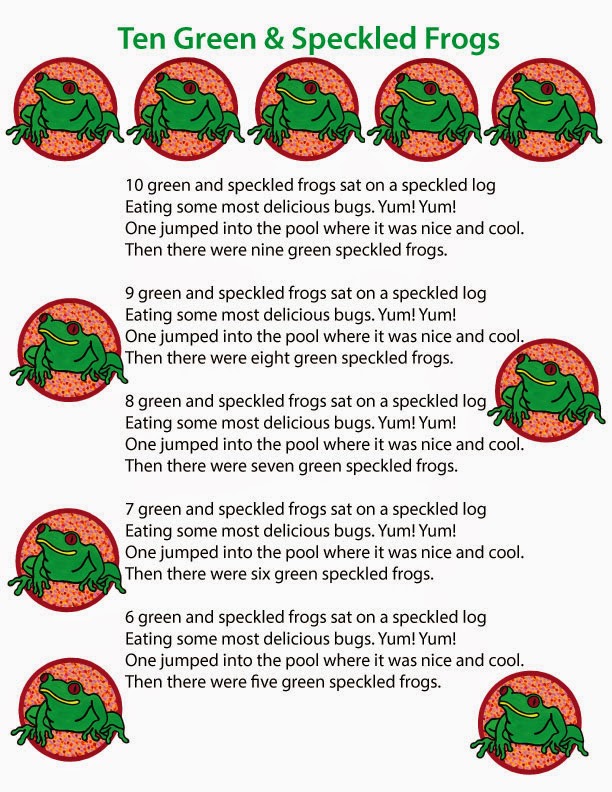 Take a look at the celebrations and community events happening around the country. The Academy of American Poets has put together a list of 30 ways to celebrate. Here are a few: 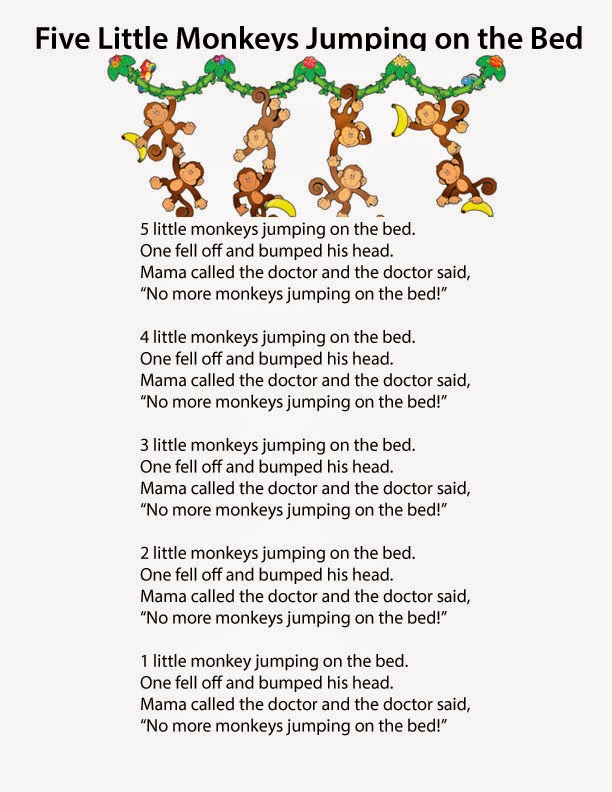 You can incorporate poems, rhymes and songs into your math class, too. Ten Green & Speckled Frogs is a fun way to teach subtraction, one more, one less and base ten concepts.

Give each student a copy of the poem and let them cut out the ten frogs. Then give them a ten frame and have them place one frog on each space. Ask how many frogs they have. (10)

Say the first verse of the song together (or sing it) and have the students remove one frog from the ten frame. Write on the board:

Ask the students to find the answer by looking at their ten frame. (9)

Explain that they can check the answer with addition: 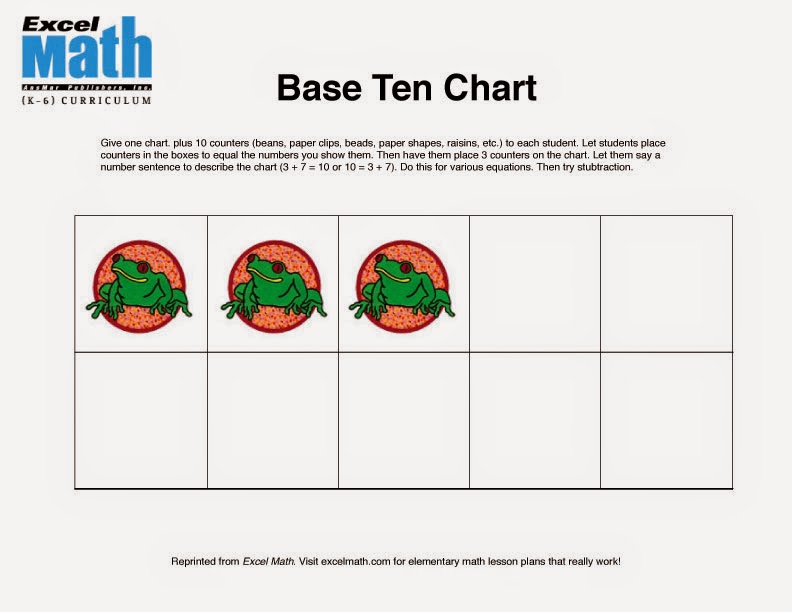 Say the second verse of the song together (or sing it) and have the students remove one more frog from the ten frame. Write the corresponding equation and check it with addition. Continue in this way until there are no more frogs on the ten frame.

How do you celebrate National Poetry Month with your students? Click on the word "comments" below to share your ideas.
Posted by Unknown at 9:33 AM 0 comments 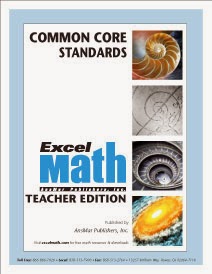 Across the country, Common Core State frameworks, teacher toolkits and unit lesson suggestions are being rolled out and updated to help educators get on board with the new standards.

A draft of the California math curriculum framework went online recently for public comments and suggestions.

Even as teachers are beginning to receive some guidance for teaching to the Common Core, the training and preparation they are receiving has been sporadic at best.

In a recent EdSource post, Lillian Mongeau got right to this point, saying teachers are "unevenly prepared" to teach in this "dramatically different fashion." With the new standards, "Rather than providing a formula to calculate the area of a shape, students might be given a set of problems or activities that help them discover how to arrive at the formula on their own." A teacher friend told Liana Heitin that "it's tough designing problems that allow students to figure out the tricks—something she's never really had to do before." http://blogs.edweek.org/edweek/curriculum/2014/03/with_common_core_early_math_te.html

Here's where the new Excel Math Common Core Teacher Editions can help. Instead of leaving it up to the teacher to figure out, these new editions contain lessons, discussion ideas, hands-on activities, teaching tips, and manipulatives (such as fractions on a number line and coordinate grids) that address the new Common Core Standards.

Not only does each CCS Teacher Edition include new teaching tools, it also walks teachers through the new discovery methods of teaching math, no longer just having students memorize algorithms.

Mathematical Practices, another new component of the CCS Standards, are woven Excel Math lessons at each grade level.

You might also like these articles:
Top-Notch Math Lessons for Transitional Kindergarten
March Math
Common Core Buzzwords and Excel Math

Feel free to leave a Comment in the box below. We love hearing from teachers, administrators and parents from around the country.
Posted by Unknown at 6:03 PM 0 comments