Price of a Brownie vs Value of an Avocado

Oscar Wilde said a cynic knows "the price of everything and the value of nothing."

Today I am going to examine a similar proposition - the price of a brownie versus the value of an avocado. This is the sort of useful analysis that an adult can engage in, using the math skills learned long ago in elementary school. 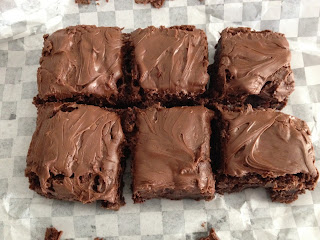 A couple hours ago, Dave and I went up to the food court to get 5 of their 3-tacos specials for folks in our office. When we received the food, the lady at the counter said:

"We ran out of avocado on the last 2 tacos, so I gave you a brownie instead."

It was very nice of her, but raised the question of equivalence in my mind. What I mean is:

The brownie was $1.75 as a dessert item, and the avocado was rolled into the price of the taco special. But let's estimate it as a $1.00 upgrade to the normal taco lunch. So we got $1.75 worth of brownie to compensate us for a shortage of $1.00 worth of avocado. 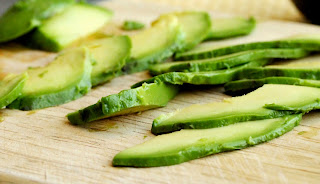 Now let's take a look at the numbers - can we determine who's getting the best end of this deal?


If you are hungry for a dessert, the brownie definitely wins in this comparison test. It's got more of almost everything, including subjective things like intensity of flavor. Why not? It contains lots of chocolate, sugar and fats. Everything except "health."

On the other hand, an avocado is filled with exotic things, like:
Impressed?

Which would you chose: Brownie or Avocado?

Which would you say has the most value?

Did you base your decision on reason (and math) or emotion?

Posted by Excelmathmike at 1:28 PM