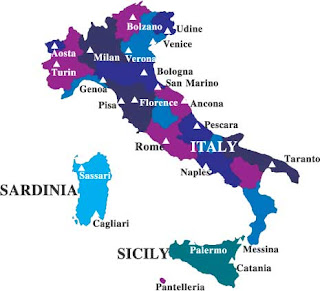 In 1200 he returned to Pisa and used the knowledge he had gained on his travels to write Liber abaci in which he introduced the Latin-speaking world to the decimal number system.

The Fibonacci Series is a sequence of numbers first created by Leonardo Fibonacci in 1202, introduced in Liber abaci and later named the Fibonacci sequence in his honor. Read more about Fibonacci, Roman numerals and the decimal system on our previous blog post: Fibonacci—810 Years of Mathematical Magic.

Mathematicians celebrate Fibonacci Day on November 23 or 11/23, taking the date from the first four numbers in the Fibonacci sequence shown below. The Fibonacci series begins with 0 or 1. After that, use the simple rule: Add the last two numbers to get the next number in the sequence. See the series in action at thinkquest.org.

This is readily translatable into the following set of equations [3, p4]

and suggests the general formula:

From this statement the famous Fibonacci numbers can be derived.

where the first two numbers of the series are 1 and 1 and each number afterward is defined as the sum of the two previous terms, Fn = Fn - 2 + Fn - 1. (Though in Fibonacci's sequence the first number was 1 and the second number was two, the first one was assumed.) Read more at plus.maths.org.

With Excel Math lessons, students learn how to calculate numbers, do mental math, check their own work, and become confident and successful at mathematics. Excel Math is a proven method that gives students a solid foundation of elementary math. Our math lessons help students actively participate and interact with the teacher, with Projectable lessons, with each other, and with manipulatives. We help students develop higher-order thinking skills as they use math curriculum designed to keep their minds engaged in the learning process.

Excel Math Student Lesson Sheets are much more than just math worksheets. Using strategically placed spaced repetition, Excel Math gives you a proven approach to teach math concepts for long-term retention, with powerful features and advantages, including our proprietary Spiraling Strategy. Much like the Fibonacci spiral (which we'll visit in our blog post next week), concepts are reintroduced on a regular basis (with our unique method of spaced repetition) so they become a part of the student's longterm memory. Read the glowing reports from teachers, parents and principals around the country. 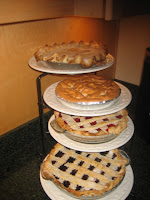 Learn more about how Excel Math can work for your students at excelmath.com. Excel Math is fully aligned to the Common Core and to state standards. Download correlations here.

This year, Fibonacci Day falls on the day after Thanksgiving. If you're celebrating, leave a comment in the box below to tell us what you'll be doing. From everyone at Excel Math, Have a wonderful Thanksgiving and Happy Fibonacci Day!