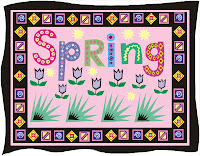 March 20 (or March 19, depending on where you live) marks the vernal or spring equinox. "Equinox" means "equal night" in Latin. But despite its name, it isn't entirely true that day and night are exactly the same on the equinox all over the world. They come close, but aren't equal in all locations. Unlike math equations, where we use the equal sign to show true equality (usually), our language is not always quite as precise.

In Excel Math, we help build students who are confident in math. Take a look at our proven lessons for Kindergarten through Grade 6 at www.excelmath.com. More than just worksheets, these lessons really work!

But on the spring and autumnal equinoxes, the Earth's axis does not tilt either away from the Sun nor toward it. See an illustration and in-depth description at http://www.timeanddate.com/astronomy/equinox-not-equal.html. The equinoxes occur the moment the sun crosses the celestial equator—the imaginary line in the sky above the Earth’s equator. This happens in March and September every year.  Read more about the autumnal or fall equinox here.

The Jewish celebration of Passover is celebrated on the first full moon following the vernal equinox. During the time of Moses, the 10th plague caused all first-born children of the Egyptians  to die. However, the angel of death "passed over" the Israelite homes where blood had been sprinkled on the doorposts, and the children of the Israelites were spared. As a result, Pharaoh agreed to free all the Israelites and to allow them to leave Egypt with their possessions. As they had to leave in a hurry, they did not have time to allow bread to rise, so they baked unleavened bread, known as matzoh (plural matzah), for the journey. 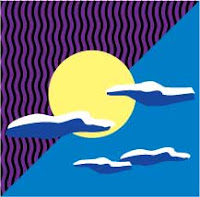 Today during Passover, Jewish people are forbidden to eat, drink or own any food made from grain (barley, oats, rye, spelt or wheat) and water that has been allowed to rise. Passover lasts for seven or eight days and concludes with a ceremonial meal called the Seder. Each food has a special meaning that relates to the Passover story.

Iranians begin their New Year (No-Ruz, No-Rooz or No Ruz) during the time of the March equinox, according to the Persian astronomical calendar. The No-Ruz celebration of spring lasts for about 12 days. 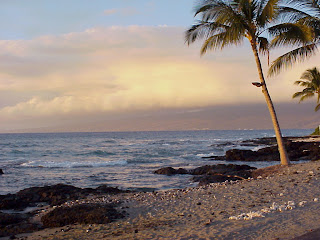 Use this Sunrise and Sunset calculator to find the number of daylight hours during the spring equinox in cities worldwide. Here's a cloudy sunset over the Big Island of Hawaii at Kona. What time does the sun set today in your part of the world?

Visit this seasons calculator if you'd like to know when the spring equinox occurred in years past, or to find out when the equinox or solstice will occur in your city.

New to Excel Math? Visit our website to learn more and take a look at sample lessons: www.excelmath.com.

Looking for help with the transition to Common Core? Take a look at our Excel Math Common Core Teacher Edition.