They are a series of 11 figures (called nets) that when folded up become a cube. This kind of stuff shows up on math tests, where we ask students to tell us which geometric figure will be revealed if a shape is folded up correctly.

I found them on a nice German website with a whole page dedicated to cubes. There many views and animations of cubes on this site, and it's worth a close look.

The title of this blog uses the word CUBIST, which doesn't mean a person who favors cubes. It means a 20th-century school of art pioneered by Pablo Picasso and Georges Braques. Here's a print of a 1917 work by Picasso. My mother gave it to me years ago, and I rarely notice it anymore. It was created a bit after he gave up pure cubist art, but you can get the general idea. Picasso sometimes made collages of sketched or cut-out cubes, and assembled them into images. Architects have done the same thing - assembling cubes in various ways to make buildings rather than paintings. Here's a new museum designed by I.M. Pei in the Cubist vein: 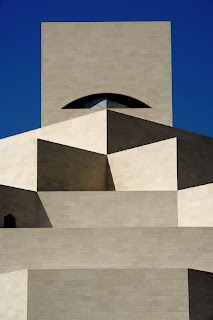 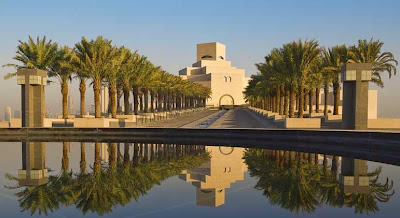 The Geisel Library at UCSD is a prime example of cubes and brutalist architecture - where the concrete structure predominates. It's a group of cube shapes held up in the sky by massive arms. 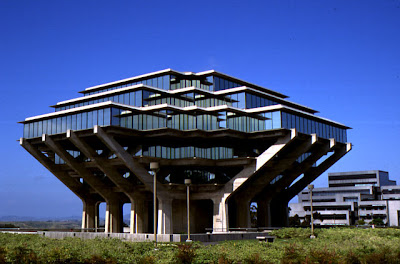 I went around our offices today and took some pictures. Our office is neither cubist nor brutalist. But it turns out there are only a few squares or cubes in our building - most of the shapes are rectangles and diagonals. We'll investigate WHY in another blog. 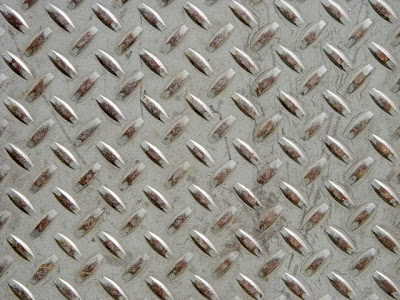 Above you see the surface of the loading dock; below are the windows in the warehouse. 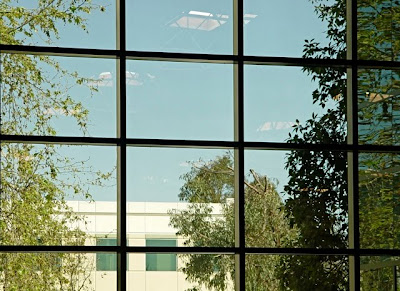 The following are our water bottles in crates, waiting for their turn to be used. 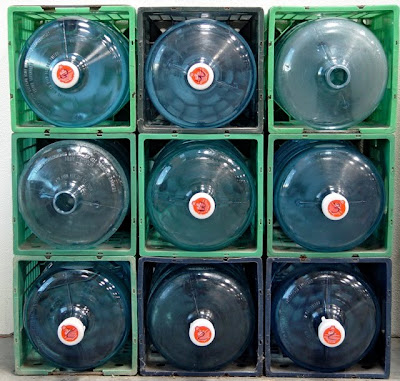 And finally here's a view of the trusses under our warehouse roof. 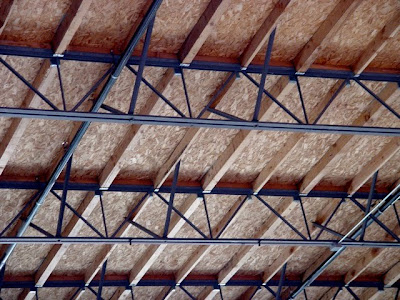 If all this talk of cubes leaves you cold, here's a nice image to end with.
(I'd like to shoot it straight on, but the glass is too reflective.)
I bought this a decade ago in England and carried it home.
It's a multi-media collage of architecture prints, ink lines, paint, and wax. 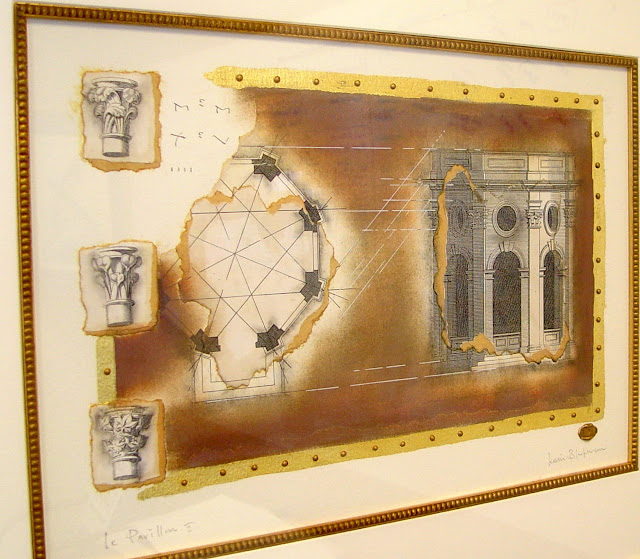 Le Pavilion II by Kevin Blackham
Posted by Excelmathmike at 9:12 AM