Which day of the week is considered the first day: is it Sunday or Monday?
This is a math issue, as we teach calendars, time-keeping, etc. in math class and curriculum. After beating around the bush for quite a while describing the context of the question, I am now ready to provide an answer.

It depends.  It depends on you, your country, and your employer. Not very satisfactory, is it?

The ISO 8601 standard recommends that everyone adopt these points when discussing dates:
A minor major problem with this ISO 8601 scheme is that people tend not to use it. We have our own methods. Rather than using Year, Month, Day, we tend to say Month, Day, Year. People in other countries outside the US tend to format the date as Day, Month, Year.
Why does it matter?

Some decades ago I lived in the UK and received a new credit card from my bank in the US. The card said valid 5-8-90  which I believed was May 8, 1990. When I tried to use it in the UK, the merchants said it was not valid until 5 August 1990 and refused to accept it. I can confirm that this was a great nuisance.

After many years of confusion and completely scrambled up entries, the US Customs and Border Protection agency finally switched the blanks on its landing cards into the date format expected by foreign travelers (rather than expected by its US clerks).  Notice that they did not use the ISO 8601 format! It's Day Month Year instead. 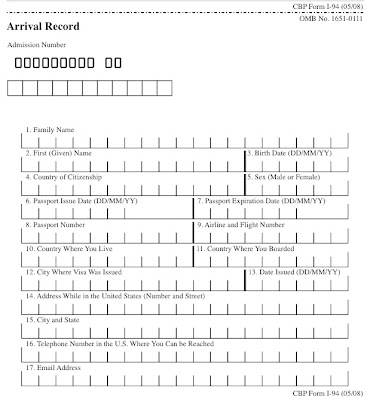 Imagine the confusion with applications, orders, flight reservations, etc. when people try to communicate across borders with the assumption that the people on the other side use the same time and date system!

The weeks of the year system involves another recommendation that we Americans don't often use. Technically, it's called a "leap week calendar system." I will try to explain it tomorrow. 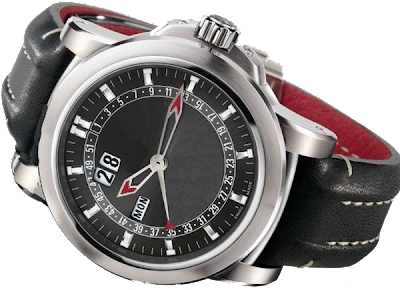 Notice this special "leap week calendar"watch is showing 10:14 on Monday, the 28th day of August (how do I know that?) in the 35th week of the year.
Posted by Excelmathmike at 3:55 PM