Happy Birthday! This year the Oreo cookie turns 100, and Arizona celebrates its centennial as part of the United States of America.

Here's a brief timeline of some of the major events from Arizona's history. For a more complete look at the past and a schedule of centennial events, visit Arizona Highways.

In Excel Math, we teach students how to read timelines and number lines so they can avoid bread lines later in life. Let's take a look at a Projectable Lesson from Excel Math First Grade. In this example, number lines are used to help students solve subtraction problems:

Did you figure out how to solve number 2 on the number line?

Now back to our timeline and some fun facts about Arizona. It became a state in 1912, and this year Arizona celebrates 100 years of statehood. Do know its nickname? How about its state flower? (the white saguaro cactus flower, the largest cactus in the United States)

The saguaro is found in the Sonoran Desert, which is in the southwestern part of Arizona. The saguaro cactus first blooms when it is 50 to 75 years old. These cacti grow very slowly at first. It takes them about ten years to grow to be just an inch tall. The Tohono O'odham people use long sticks to pick the fruit from the saguaro. They make the fruit into jelly. (Yum!) The best place to see saguaros is in Saguaro National Park near Tucson. 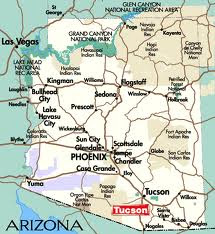 Arizona is also called the Grand Canyon State. The Grand Canyon is a mile deep and more than 200 miles long. At its widest point, it is 18 miles wide. 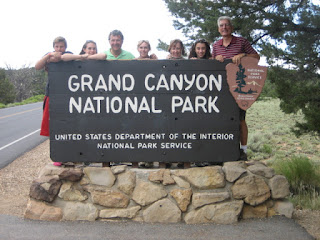 President Theodore Roosevelt called it "the one great sight which every American should see." This is a view of the Grand Canyon from the South Rim:


The canyon was formed by the Colorado River. This photo shows some of the many rock layers carved out over the years by erosion from rain, snow, and streams:

Another beautiful area of Arizona, Sedona is often called "red rock country." The red sandstone and manzanita trees are two of its signature landmarks. Sedona is surrounded by red-rock monoliths named Coffeepot, Cathedral and Thunder Mountain. At the north end of the city is the stunning Oak Creek Canyon, a breathtaking chasm.


"The teachers are very pleased with the Excel Math program and with what they are able to learn about their students’ math abilities. We are very encouraged about the benefits of using this program."

With Excel Math, students learn higher-order thinking skills beyond what is required of these standards. Download the Arizona correlations (or those of your state) to see how the Excel Math Lessons, Stretches, Activities, and Exercises for each grade level correlate to those educational standards. At the bottom of each correlation, we list additional concepts covered by Excel Math. You can use these additional concepts to provide accelerated learning for your students who are ready for more.

Happy Birthday, Arizona! Here's to another 100 candles on your birthday cake.