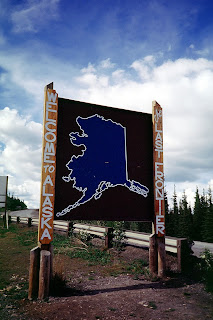 Vitus Bering was born in the Danish town of Horsens in the summer of 1681 and baptized on August 21 (from the Horsens parish register). He went to sea as a young man and began a long career as a seaman. He moved to Russia, where he got married and had children. In 1703, Bering enlisted in the Russian navy. He became a lieutenant in the Russian navy in 1704, and during the Great Northern War he served in both the Black and Baltic seas. In January 1725, Peter I asked Bering to command the first Kamchatkan expedition to determine the extent of the Siberian mainland and its relationship to North America.

Bering led the expedition over 6,000 miles of wilderness and reached Okhotsk on the Pacific coast on Sept. 30, 1726, nineteen months after leaving St. Petersburg. The group built ships and sailed to the Kamchatka Peninsula. The ship Gabriel was built there, and on July 14, 1728, Bering began his first exploration. The Gabriel sailed northward, rounding East Cape on August 14. 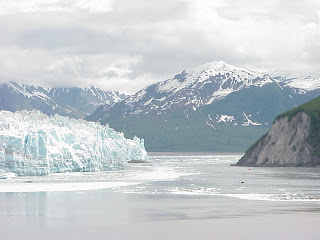 Since the Asiatic coast trended westward and no land appeared to the north, Bering decided that he had fulfilled his mission. He turned back at latitude 67° 18' to avoid wintering on a desolate and unknown shore. The expedition spent the winter at Kamchatka, where Bering saw numerous signs indicating land to the east. But bad weather during the following summer frustrated his attempts to find land, and the expedition returned to St. Petersburg in March 1730. 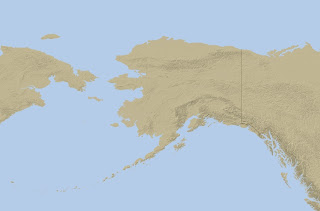 Since Bering had not explored the coast of Siberia beyond East Cape, critics claimed that he lacked courage and initiative. In defense, Bering proposed another exploratory mission, and in 1732 he was given command of the Great Northern Expedition. This was the largest expedition the world had ever seen. It included 10,000 men all in all. Vitus Bering, as the overall organizer, was tasked to find and map the west coast of America. Read more at http://norbyhus.dk/danes/bering.html. 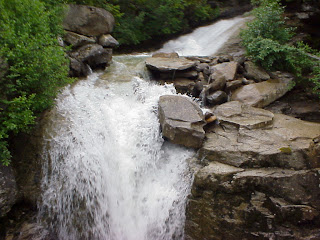 Bering set out in June 1741 with two ships, but the ships were soon separated and Bering continued alone on the St. Peter. He changed his course to the north and sighted land on July 16. A few days later he landed on what is now Kayak Island. Physically and morally exhausted and fearful of being trapped by contrary winds, Bering turned back toward Kamchatka. On the way home, his ship wrecked on a small bare island. Bering and his crew had to spend the winter on the island, living in driftwood huts that were dug into the sand. Many of the men died that winter, including Vitus Bering, who was buried on the island with his men. The island was later given the name Bering Island. See the red box below. Read more at Encyclopedia.com.

Forty-five of the 77 officers and men of the St. Peter eventually reached safety in 1742. The various parties of the Great Northern Expedition obtained significant geographic and scientific information. For example, the strait dividing Asia and America, now named for Bering, was discovered. Visit the Horsens Museum for images and more facts about Bering.

Alaska entered the Union on January 3, 1959 as the 49th state of the United States. Juneau became the capital of Alaska. The word Alaska comes from the Aleutian word "Alyeska," meaning "The Great Land." Populated by Indians, Eskimos, and Aleuts for centuries, Alaska was not explored by Europeans until Bering's visit in 1741. 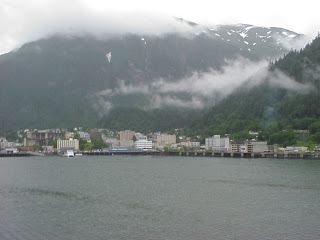 Russia established a colony in Alaska to protect its lucrative fur-trading interests, but sold Alaska to the United States in 1867 for $7.2 million, or two cents per acre, when it could no longer afford to maintain the colony. At the time, many in the United States felt the purchase was a mistake. Its worth became apparent only after the late 19th century gold rushes and the discovery of oil in the mid-20th century. Juneau is the capital of Alaska, which is nicknamed "The Evergreen State."

On August 15, 2008 the Alaska quarter was released as part of the 50 State Quarters Program.

The reverse of the Alaska quarter features a grizzly bear emerging from the waters clutching a salmon in its jaw. The coin’s design includes the North Star displayed above the inscription "The Great Land" and the inscriptions "Alaska" and "1959. read more about the Alaska Quarter at usmint.gov.

Print this coins worksheet for your students to help them recognize coins from a penny to a dollar. Click here for a larger version.

New to Excel Math? Visit our website, excelmath.com and see how easy it is to get started with our Quick Start Guide.
Posted by Unknown at 5:00 AM