Tour de France: Do the Math

The 102nd Tour de France is well underway. This year's race will be made up of 21 stages and will cover a total distance of 3,360 kilometers.


Watch the exciting Tour as bikers continue riding (and colliding) through France and Belgium now through July 26.

Here are some photos from stage 16 of the Tour from Bourg de Péage to Gap.

(Today is the second rest day.)

Below is a photo of the white jersey wearer after the Stage 16, Nairo Alexander Quintana Rojas, of Spain. Tomorrow the riders travel from Digne-les-Bains to Pra Loup, covering 161 kilometers.

See the latest yellow shirts and watch the riders compete at http://www.letour.com/le-tour/2015/us/

For a close-up view of the map and to see the jersey wearers after each stage, visit http://www.letour.com/le-tour/2015/us/parcours-general.html

As they read and solve more complex word problems students in Grades 2-6. students learn to create their own problems using higher-order thinking skills.

Read more about the unique Create A Problem exercises in Excel Math at http://excelmath.com/usingexcel.html#create and see one for Grade 5.

In this activity, students create a graph, calculate distance, and write their own word problems.

This is a photo my friend Mike took in 2010 when he visited France and followed the riders in the Tour de France.

Learn more about how Excel Math can work for your students at excelmath.com.

Here are the suggested answers to Create A Problem 18 shown above:

Some people may even remember the live donkeys and E-ticket rides. Which one was (or still is) your favorite?

The $17 million theme park was built on 160 acres of former orange groves.

Legend has it that Walt Disney had his workers mark the trees that were to be cut down with a certain color of colored ribbons.

Those trees that were to be spared were tied with a different ribbon color. Somehow, the instructions did not translate properly (or the person coordinating the cutting was color blind) and most of the trees Walt Disney wanted spared were the ones that got cut down!

Many former Excel Math students mention that they first began to develop a love for math in their elementary school years.

There you'll find the latest discounts, special offers, and tips for saving time in line.

Disney also has a blog where they post updates on new attractions, ceremonies and special events.

Counting Coins to Make a Dollar 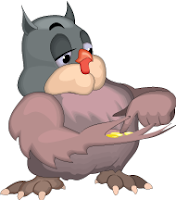 Counting coins to make a dollar is easier when your students are familiar with base ten and/or 100 charts. You can print base ten cards and 100 charts for your students on our website:
http://excelmath.com/downloads/manipulatives.html

In Excel Math lessons, students learn the value of coins and dollars and begin to add and subtract money amounts.

Here are some teaching ideas to help students learn to use the dollar and cent symbols for money amounts.

Give each student play money: a one dollar bill, quarters, dimes, nickels and pennies. If you don't have play money on hand, cut out the money from the Coins box below (click on the image to download the file).

Write 1¢ on the board. Ask the students to find the coin that represents 1¢. (a penny)
Do this for each coin the students have.

Next write some money addition problems on the board where the totals are under $1.00 such as shown below. (Answers are given in parentheses.)

Solve the first two problems as a class, talking about the value of each coin: 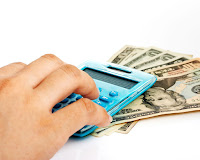 Then let your students find various coin combinations that will make the following amounts (possible answers are given in parentheses): 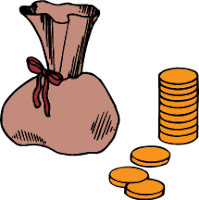 Talk about the various possibilities of coin combinations to make these amounts. Up to this point students have been writing money with the cent symbol since the amounts have been less than one dollar.

Now have each student find a dime in their collection of coins. Ask the students how much a dime is worth. Write 10¢ on the board. Ask the class what other coins could be used to show 10¢. (2 nickels, 10 pennies, and 1 nickel plus 5 pennies are all equal to one dime.)

Add a dime and have the students write the new amount in cents on the board. Continue to add a dime until you get to one dollar.

Remind the class that one dollar can be written with a $. Ask the students how many dimes equal one dollar. (10) 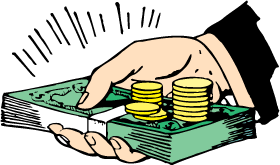 Then ask the students how dimes compare to dollars. (Dimes are smaller, dimes are parts of dollars.)

Ask what part of a dollar a dime is since it takes ten dimes to make a dollar. (one tenth)

Five Steps to Acing Your Interview Without Having to Lie


Financial Awareness for Students
Posted by Unknown at 5:00 AM 0 comments

In 2015 Bastille Day will be celebrated on July 9 to commemorate the the anniversary of the fall of the Bastille, in Paris on July 14, 1789.

Originally built as a medieval fortress, the Bastille eventually came to be used as a state prison. Political prisoners were often held there, along with citizens detained by the authorities for trial.

Some prisoners were held on the direct order of the king, from which there was no appeal.

Although by the late 18th century it was little used and was scheduled to be demolished, the Bastille had come to symbolize the harsh rule of the monarchy.

For the peasant class, the Bastille was a symbol of the hypocrisy and corruption of the aristocratic government - controlled mostly by nobility and clergy.

On July 14, 1789 a mob approached the Bastille to demand the arms and ammunition stored there.

When the forces guarding the fortress resisted, the attackers captured the prison, releasing the seven prisoners held there.

Charles Dickens wrote an historical fiction novel based on this event, A Tale of Two Cities. This is a great summer read, if you haven't read it in a while.


July 14th is often thought of as France's Independence Day.

From the beginning, speeches, military parades and fireworks, along with public revelry, were part of the celebration.

The slogan “Vive le 14 juillet!” (“Long live the 14th of July!”) has continued to be associated with the day.
Today, Parisians celebrate this national holiday with a grand military parade up the Champs Elysées, colorful arts festivals, and raucous parties marking the holiday.

Put the cassoulet in the oven, and join the celebration!

For 40 years, Excel Math has been building student confidence and success with math.

Send us your story using the Comments box below. We love hearing from parents, teachers and students around the country!

Staying Fit Over the Summer Break
Posted by Unknown at 12:52 PM 0 comments