Seven is a fascinating number.

It's a prime number.

We say there are:

Seven days of creation.
Seven days of the week.
Seven years before a sabbatical year, and seven times seven years to a Jubilee year.
Seven Virtues and Seven Deadly Sins.

Seven colors in a rainbow.
Seven heavenly bodies visible with the naked eye, and seven stars in the Big Dipper and in Orion.

The Seven Hills in Rome, the Seven Seas, and the Seven Wonders of the World.

There are seven notes in the musical major scale (do, re, mi, fa, so, la, ti ) and a method of teaching them is called solfège.

A seven-day week in medieval Latin was septimana; in French it's semaine; in Spanish semana.

The Greek word for week is hebdomada (a seven-ness). The term weekly (used for a periodical) in Italian is ebdomario; in French it's hebdomadaire.

There are seven rows in the periodical table of elements.

This British 50 pence coin has 7 sides. 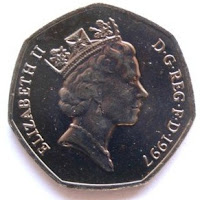 I think Seven is a super word. Here's a Lotus sports car, called the Super Seven. 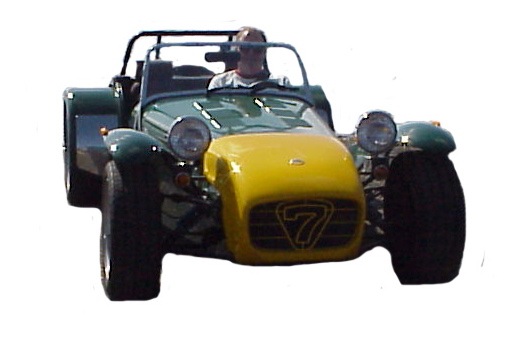 Posted by Excelmathmike at 3:42 PM