I found a news column/blog written by Tom Clocker called  Box Office Bombs. It reviews movies on the opposite end of the ROI spectrum from yesterday's list of winners. These aren't the all-time losers, but they are certainly unsuccessful films. Perhaps we could call them Hollywood Bank-Busters. 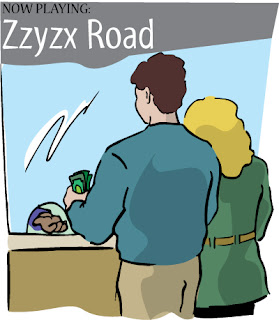 I decided to do some elementary math on his list of movies (as we help kids learn to do in our Excel Math curriculum). We aren't trying to avoid taxes or escape paying royalties to investors, so our math is relatively simple. We just add, subtract, multiply and divide.

Here's what I come up with, using the numbers provided by Tom Clocker. I sorted them into order with the least profitable movie first: 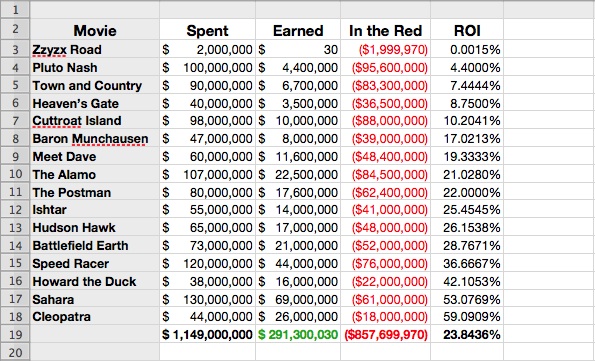 Have you seen any of these movies? I have not.

The numbers show that $1.15 billion of investor's money was sucked out of their bank accounts and spent on producing these movies. Only $.29 billion worth of tickets were sold. In all, $.86 billion was used up in this process. It's possible that money that came from people like you and me, but more likely it was from a whole different crowd. Have a look at the Film Finance Forum - do you see yourself or any of your friends? 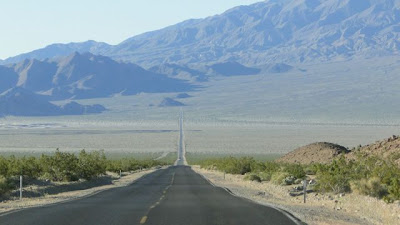 By the way, I happened to be driving through nowhere, coming home from Death Valley on March 30 this year. Suddenly I saw a strangely-defaced road sign: 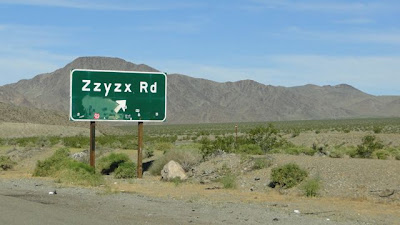 Given the fact that the Zzyzx ROAD movie lost virtually all the money spent on it, let's hope it wasn't the county road department who put up the cash! Go here to learn more about Zzyzx.

(Bonus points if you went to Tom Clocker's blog and noticed that he spelled the name of the road incorrectly as Zyzzyx. Shame on his proofreader!)
Posted by Excelmathmike at 11:10 AM