In Excel Math curriculum we help kids learn about numbers. Sometimes we use BIG numbers. Often there are dollar signs in front of the numbers, signifying currency.

Today I decided to take a look at how elementary math can help us understand money numbers. Money numbers generated by our favorite movies. 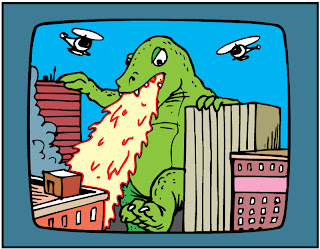 Movieline.com did a recent story on the most profitable movies in Hollywood history. Notice that PROFIT is NOT the same as HIGHEST GROSS sales (Avatar & Titanic). The figure used to compare these films is what financial analysts call Return on Investment (ROI). It's the amount of revenue compared to the cost of production.

My question for you is: How much did you contribute to the profitability of each film?

I guess I would say I've contributed about $100 to this pile of profit, so Hollywood doesn't lose any sleep over my taste in films. Using your elementary math, can you tell me the total gross revenue for these 15 films? And the average revenue?