December 21 marks the winter solstice this year, the date thought by some to have been forecast as the end of this age by the Mayas who had remarkably accurate lunar and solar calendars.

However, in March 2010 a team of archaeologists from Boston University discovered a portion of a wall in Xultún, once a sprawling Maya city-state in northern Guatemala. Little did they know that the wall held never-before-seen paintings and an ancient Maya calendar. With the discovery of this new calendar, those speculations about today being predicted as the end of this age are largely put to rest. The markings on this wall suggest dates thousands of years in the future. Read about the discovery of the oldest known Maya Calendar on our previous blog post.


The solstices are the results of Earth's north-south axis being tilted 23.4 degrees relative to the ecliptic, the plane of our solar system. This tilt causes different amounts of sunlight to reach different regions of the planet during Earth's year-long orbit around the sun.

The December solstice occurs when the sun reaches its most southerly declination of -23.5 degrees. In other words, it is when the North Pole is tilted 23.5 degrees away from the sun. Depending on the Gregorian calendar, the December solstice occurs annually on a day between December 20 and December 23. On this date, all places above a latitude of 66.5 degrees north (Arctic Polar Circle) are now in darkness, while locations below a latitude of 66.5 degrees south (Antarctic Polar Circle) receive 24 hours of daylight. 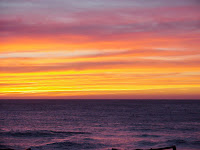 Use this Sunrise and Sunset calculator to find the number of daylight hours during the December solstice in cities worldwide. Here's a gorgeous sunset over the Big Island of Hawaii at Kona. What time does the sun set today in your part of the world?

Another fun web page is the Seasons Calculator – See when seasons start around the world through the year 2049.
The sun is directly overhead on the Tropic of Capricorn in the southern hemisphere during the December solstice. It also marks the longest day of the year in terms of daylight hours for those living south of the equator. Those living or travelling south from the Antarctic Circle towards the South Pole will see the midnight sun during this time of the year. 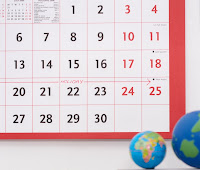 For those of us in the northern hemisphere, the December solstice marks the day of the year with the least hours of daylight. People living or traveling north of the Arctic Circle towards the North Pole will not be able to see the sun during this time of the year.

In Excel Math, students learn about the Gregorian calendar. Here's a worksheet showing an easy way to remember which months of the year have 31 vs. 30 days (except February, which has 28 or 29 in a leap year). Click here to download this worksheet. Learn more about Excel Math on our website: www.excelmath.com.

Here in San Diego, the winter solstice marks a popular time of year to hike Cowles Mountain (pronounced "coles"), part of Mission Trails Regional park. From the eastern horizon, at dawn on the days surrounding the solstice, a peak splits the rising sun so it appears for a short time to be divided in two. This part of the mountain was a Kumeyaay Winter Solstice observatory site. You could see hikers start up the mountain with their flashlights before dawn this morning to watch this amazing sight. Read more about hiking up Cowles Mountain on our February 2, 2012 blog post, Take a Hike. 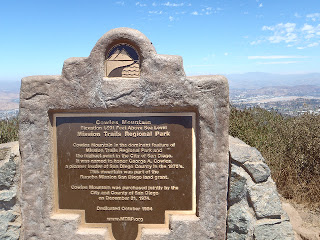 New to Excel Math? Visit our website to learn more and take a look at sample lessons: www.excelmath.com.
Posted by Unknown at 5:00 AM