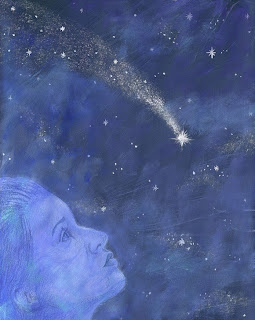 A meteor shower is a spike in the number of meteors or "shooting stars" that streak through the night sky.

During the nights of August 11 and 12, we will have a chance to see a spectacular meteor shower—the Perseids. In the dark of the night we will be able to see thousands of these brilliant falling stars.

At its best, under dark skies, you might see twenty or so “shooting stars” per hour. The Moon sets by late evening. The skyshow will continue until August 23 but will become less frequent starting August 13 and will drop to just five shower members per hour by the weekend of August 18. These meteors can be seen most clearly during the early morning hours of August 11 and 12. Astronomers are predicting 20-40 Perseid meteors an hour so grab a friend and check it out! But be sure to be patient, get comfortable, and watch as long as possible for the best show. 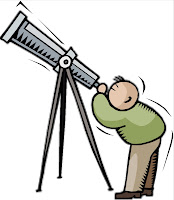 On Monday morning August 12, the maximum rates of shooting stars should be near 60 per hour for observers under dark and transparent skies. If your skies are hazy then perhaps 40 per hour may be visible. If viewing from urban skies then expect to see no more than 20 Perseids per hour. By the morning of August 13, rates will have fallen by 50% to near 30 per hour. By the 14th rates will be near 15 per hour and again falling by near 50% each night.

In Excel Math, we help students develop higher-order thinking skills so they will have a love for math and want to be life-long learners. Former Excel Math students often mention that their Excel Math class was where they first developed a love for math. Watching the meteor shower this weekend with your family and friends (and reading a bit about it beforehand) is a just one fun way to help foster that love.

Traveling at tens of thousands of miles an hour, meteoroids quickly ignite from the searing friction with the atmosphere, 30 to 80 miles above the ground. Almost all are destroyed in this process; the rare few that survive and hit the ground are known as meteorites. Read more at http://stardate.org/nightsky/meteors

According to Robert Lunsford:


While Perseid meteors can be seen all night long from most locations in the northern hemisphere, the radiant lies so low in the northern sky during the evening hours that only 3-5 meteors are visible per hour. If this is the only time you can watch it may be worth it as Perseids seen during the evening skim the upper atmosphere and are unusually long and long-lasting. If you can watch after midnight then I would suggest waiting until then as the Perseids will be far more numerous.

Last year I stayed up past midnight to watch the meteor shower from our back yard. It was very cool. Have you ever seen a shooting star or meteor shower? Click on the word Comment to share your thoughts below.

The Link Between Bedtime and Learning
Staying Fit Over the Summer Break
Helping Students Excel During the Transition to Common Core
Listen Up! Keeping Students' Attention
Summer: A Season of Math Learning

New to Excel Math? Preview elementary math lessons that really work for Kindergarten through Sixth Grade on our website: www.excelmath.com. Also find math resources for teachers, parents and students and download a sample packet at excelmath.com.
Posted by Unknown at 5:00 AM