Time Crawls When You Are Watching the Clock

Yesterday I read about artist Christian Marclay's creation of a 24-hour movie, called CLOCK. He has assembled it from thousands of clips from 3000+ movies that have clocks that indicate the time of the action going on. He has been working on the project for 2 years, and has a team of 6 people just watching movies, looking for scenes with a clock or watch. Read more about it here.

So when you walk in the gallery in London and look at the screen, some actor is up there doing their bit with a clock on the wall that matches the real time of day. Here's a typical scene that he selected: 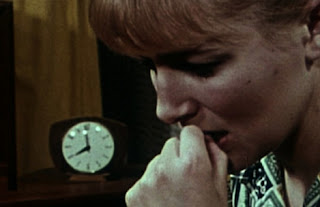 This CLOCK concept appealed to me, because I recently watched the 50's movie The Ladykillers and noticed the focus held on this nice watch in one scene. The bad guys were synchronizing their watches before robbing a train. 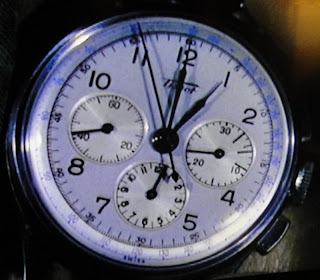 Since math class is where we teach kids to tell time, using digital or analog clocks and watches, for today's blog I decided to make my own sequence of time. This is much easier than Marclay's task, as I could take still photos of clocks that are scattered around our offices. And I didn't plan to take 1440 shots (24 hr x 60 min = 1440).

While I was doing it, our power went out! Most of the clocks run on batteries, so they're ok, but the computer doesn't do so well without electricity. So I had to go home early and finish on another machine. Here's my mini-art project: 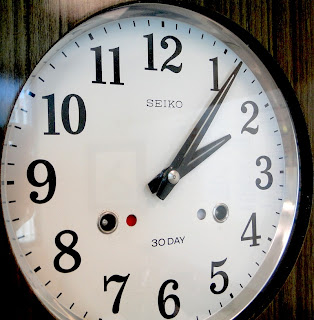 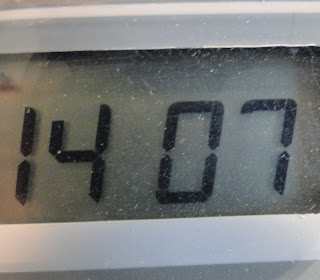 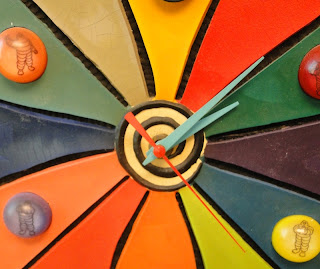 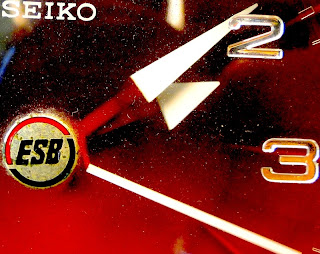 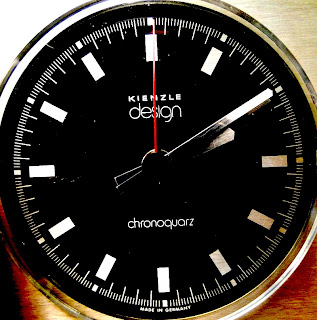 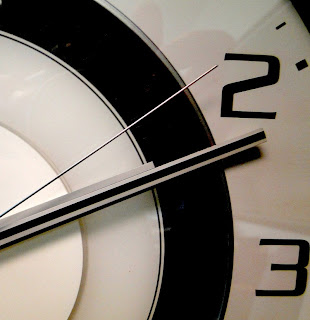 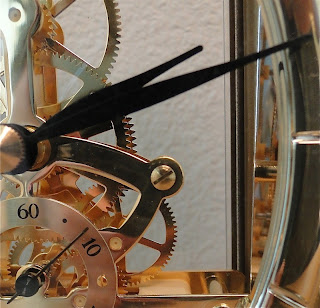 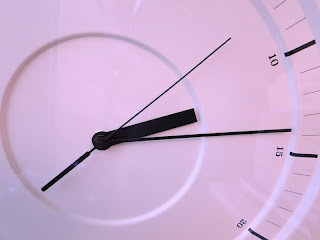 Posted by Excelmathmike at 4:16 PM