This quote came from Detective Sargeant Joe Friday, of Dragnet radio and television fame. It could safely be said about math too, as people (unwisely) think math is all about facts.

But math is not all facts. This was brought to my mind this morning while I was reading about an investigation of financial statistics in Greece.

Statistics does involves numbers and math but is far from being a "factual" business. As I look at our statistics lessons in the Excel Math curriculum, I'm not sure we adequately prepare kids for deliberate manipulation of the numbers that can occur with statistics. We start to teach it in Fifth grade.

"Sir, It has been wittily remarked that there are three kinds of falsehood: the first is a 'fib,' the second is a downright lie, and the third and most aggravated is statistics. It is on statistics and on the absence of statistics that the advocate of national pensions relies ..."

We don't know who first said this, but it's popularly associated with Mark Twain. He in turn claimed it was first spoken by Benjamin Disraeli.

Reading further on the issue of Greek financial turmoil, I was impressed with these assertions:

1. Accounting numbers are soft because they depend on assumptions and conventions; government accounting is even softer for many reasons

2. Governments may deliberately inflate inherited budget deficits by shifting discretionary items around to
(a) score points against the party that was previously in power, and
(b) prepare the ground for retracting pre-election promises.

3. Debt incurred by Greece is described as a percentage (15.8%) of the country's earned income. That income figure is constructed based on the taxes collected by the government. Since an additional 30-50% or more of Greek national income may be "black market" (evades taxation), the percentage of debt compared to the "real" total income could be much lower ...

4. This is not new. Statistics have always been used to manipulate numbers and to ensure that pre-determined policy decisions are later viewed in the most advantageous way.

The Greek statistics bureau chief was quoted in the article as saying,

"We would like to be a good, boring institution doing its job. Unfortunately, in Greece, statistics is a combat sport." 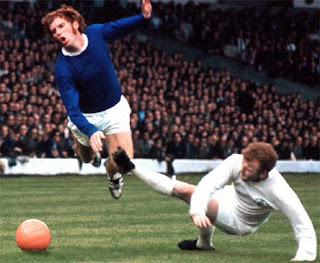 So why not statistics?!
Posted by Excelmathmike at 10:39 AM