How Much Time Do You Spend Staring at a Screen?

This blog describes and demonstrates how adults can use the math they learned as kids. I write it because my "day job" is creating Excel Math curriculum materials.

Today I want to talk about television and computers.

During the decade I was born (the 1950's), the population of the United States grew from 150-180 million. The number of households increased from 44-53 million. There were about 3.4 people in a household back then. Only about 1 out of 11 households owned one or more televisions. Our family didn't have one for much of that decade. We were late adopters. Consequently, I don't know much about the famous TV shows of the Fifties.


For people born in the 1980's, there was a similar revolution. The decade started with only a very small percentage of people with a personal computer. Not wanting to be "late" again, I got my first, a Radio Shack TRS-80 Model 100, in 1979. 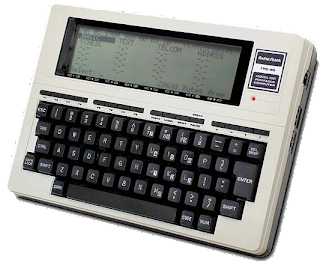 Now more than 80% of all US households have at least one personal computer, and virtually all of them have internet access.

(Most households that have a current computer also have a few obsolete computers too. How many do you have sitting in the garage or basement?)

In my 2-person household we have one television. We have 7 computers - an aluminum MacBook, a G5 tower, a silver iMac, 3 iPhones and one Windows Laptop.

In my 1-person office, I have no televisions. Today I have 4 computers - a titanium MacBook, a G4 tower, a white iMac and a brand-new silver iMac. Plus my phone and an iPod. 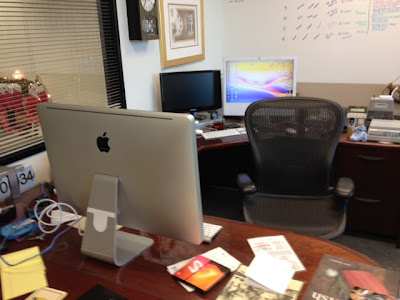 But hey, I'm in the publishing business. This is what I make math books with. What's your excuse justification for your computer(s) and television(s)?

Posted by Excelmathmike at 2:33 PM