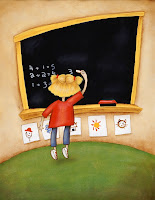 According to recent reports, North Carolina fourth-graders are among the top eight school systems around the world who scored higher than the U.S. national average on international tests of math achievement (from Trends in International Mathematics and Science Study released in December by the National Center for Education Statistics). Read more in The News & Observer (Raleigh, N.C.)

Local school principals and teachers are quick to point out the positive impact Excel Math has had on student test scores in North Carolina (and across the country).


“We wanted to let you know that Robbinsville Elementary school was awarded the title School of Distinction during the 2011-2012 school year. We were recognized, in large part, as a result of high math scores—96 percent of 4th graders passed the state end of grade exam! Thanks to Excel Math for helping our students succeed in math."

This chart from the North Carolina Department of Public Instruction shows how fourth graders at Robbinsville Elementary improved in math after using Excel Math lessons. (In contrast, reading scores have gone down slightly. Despite regular requests from educators, Excel Math only offers math lessons—not reading or language.) Read more math success stories on our website.

In Mitchell, North Carolina, Dr. Beth Bell wrote to us years ago to report that  Excel Math improved student performance even when used in a supplement position, with another math program used as the core:

“We have used Excel Math as long as I’ve been here. It’s a great program, and we use it in conjunction to our adopted program. We have been a School of Excellence for the past three years and we believe it’s largely due to Excel Math. We love it.”


In Hickory, North Carolina, John Black wrote to let us know how Excel Math has helped the students at Longview Elementary continue to improve their scores:

"We've been using Excel Math for about 10 years. We were one of the first schools in North Carolina to adopt the program. We are 92% Free/Reduced lunch and 38% ESL students. Our proficiency in reading and math were very, very low about 7 years ago. We're still struggling with reading, but our math scores have gone up, and up, and up."

Excel Math is a K-6 mathematics curriculum that focuses on problem solving, integrated lessons, and development of thinking skills. Mahoney evaluated Excel Math in a post-hoc matched study in second and fourth grade classes in six California schools. Students were pre and posttested on the Stanford Achievement Test. There were significant differences controlling for pretests favoring Excel Math in second grade (ES= +0.27)

We are always thrilled to hear how well Excel Math works with students across the country. Download our Scientifically Based Research Report for additional case studies. Ready to start your students on the road to excellence with Excel Math? Visit our website to see just how easy it is to get started. If you homeschool, take a look at this awesome review of Excel Math from homeschool mom Cathy Duffy. The prices are out of date (but only slightly, since we don't raise prices very often). You can still purchase an entire year of Excel Math lessons for just $11.00 per student when you order class sets of 10 or more (and only $19.00 each for individual student sets). Download our current order form here.