On July 7, 1930, construction of the Hoover Dam began. Originally known as the Boulder Dam, it was renamed in honor of our 31st president, Herbert Hoover in 1947.

Here are some photos my daughter took on her visit there last spring.

The concrete arch structure of the dam was built to take advantage of gravity. It was intended to prevent flooding as well as to provide irrigation and hydroelectric power to some of the driest regions of states such as California and Arizona. 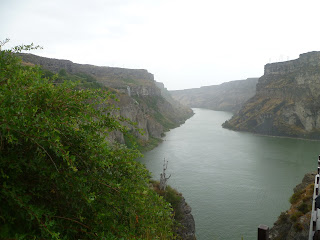 The dam stands 726 feet high and is 1,244 feet long. Hoover Dam was one of the largest man-made structures in the world at the time of its construction.

Arthur Powell Davis drew up plans for this ambitious dam-building project in 1922. Davis was head of the U.S. Bureau of Reclamation (the federal agency given responsibility for irrigation in the West).

Out of two prospective places for the dam, Black Canyon was chosen over Boulder Canyon. Even so, for some reason the planners continued to call the project Boulder Dam. 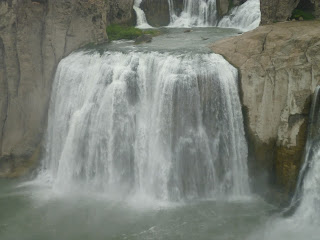 Several western states all competed for claims on the Black Canyon River. At the time, Herbert Hoover was U.S. Secretary of Commerce. Even with Hoover's exuberant backing and a regional consensus around the need to build the dam, Congressional approval and individual state cooperation were slow in coming.

Hoover finally  negotiated the Colorado River Compact, which divided the river basin into two regions — lower (Arizona, Nevada and California) and upper (Wyoming, Utah, New Mexico and Colorado) — that would help to resolve the political claims on the river and make the building of the dam possible.
Here are some additional statistics:
Read more about the Hoover Dam at www.history.com and This Day in History. 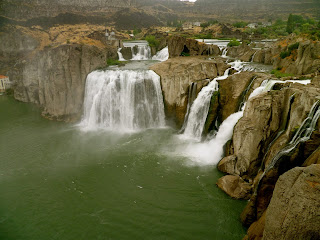 Have you visited Lake Mead or the Hoover Dam?

Tell us about your experience and your impressions of the area by clicking on the word "Comment" below.

New to Excel Math? Preview elementary math lessons that really work for Kindergarten through Sixth Grade on our website: www.excelmath.com.

Also find math resources for teachers, parents and students and take a walk through the curriculum at excelmath.com/tour/tour01.html.


You might also like these articles:
Flag Day Math
Summer Solstice: Let the Sun Shine!
Down for the Count: Math Games
Independence Day Math
Posted by Unknown at 5:00 AM