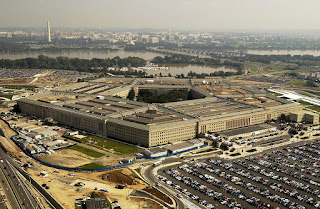 My brother-in-law was a Lt. Colonel in the United States Army and stationed at the Pentagon in Washington DC on September 11, 2001. He was in his office planning to go to New York City to help with the rescue efforts at the World Trade Center when a hijacked plane crashed into the Pentagon. He was lucky and survived.

However, many of his friends were killed that day. My brother-in-law was on the opposite side of the Pentagon when the hijacked plane crashed into it. See the photo below. 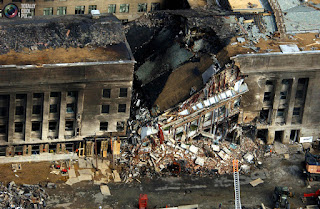 189 persons at the Pentagon lost their lives on 9/11. Our hearts go out to the relatives and friends of those who died at the Pentagon, in the Twin Towers and on the field in Pennsylvania on that day 14 years ago.

At 8:45 a.m. on a clear Tuesday morning, September 11, 2001, an American Airlines Boeing 767 loaded with 20,000 gallons of jet fuel crashed into the north tower of the World Trade Center in New York City.

The impact left a gaping, burning hole near the 80th floor of the 110-story skyscraper, instantly killing hundreds of people and trapping hundreds more in higher floors. 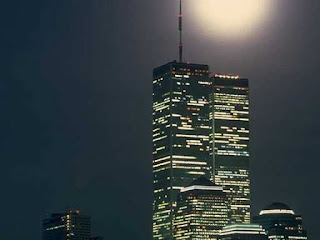 Our heart-felt thanks to the first responders, firefighters, medical staff and volunteers who assisted in the rescue efforts including guiding people to safety, treating the injured, and comforting loved ones through the days to come.

On that day, 19 militants associated with the Islamic extremist group al-Qaeda hijacked four airliners and carried out suicide attacks against targets in the United States.

Two of the planes were flown into the towers of the World Trade Center in New York City. See the photos of the Twin Towers at night before 9/11 at left and below. 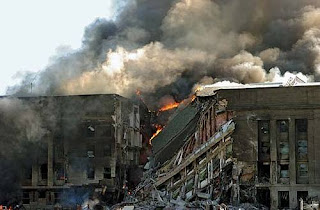 A third plane hit the Pentagon just outside Washington, D.C. (see the photo at right), and the fourth plane crashed in a field in Pennsylvania.

Often referred to as 9/11, the attacks resulted in extensive death and destruction, triggering major U.S. initiatives to combat terrorism and defining the presidency of George W. Bush.

Over 3,000 people were killed during the attacks in New York City and Washington, D.C., including more than 400 police officers and firefighters. Read more on www.history.com/ 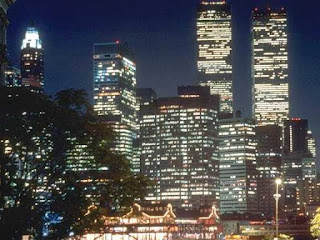 Here are some videos and photos from that day and beforehand the destruction happened.

For educators and others interested in history, Flocabulary has put together an educational video: https://www.flocabulary.com/week-in-rap-extra-9-11/

“Week in Rap Extra: 9/11” covers the terrorist group responsible for the attack, how the US responded and how the country and world continue to remember the lives lost that day.

What do you remember about that day 14 years ago? Leave a comment in the box below to let us know where you were on 9/11.

Here are a few more before and after photos we've collected.

Five Steps to Acing Your Interview Without Having to Lie