Greetings! I am jumping back into a topic that we started last week. This blog is about using elementary (but not easy!) math, as taught in our Excel Math curriculum.

People often think of the United States as being composed of 50 states. Period. Full Stop. No more. But amazingly, there are far more governmental subdivisions than we expect. And it turns out that counting them is like herding cats. To establish order on these cats, I decided to build a table as I help kids learn to do in math class.


If you recall, in prior blogs I addressed most of these entities, except Reservations, Rancherias and related entities in Alaska and Hawaii. These subdivisions are unique in that they are considered "domestic dependent nations". They are within the US boundaries (domestic), have a relationship with us for defense, etc (dependent) but have self-determination or rule (nation). [click on map to enlarge it] 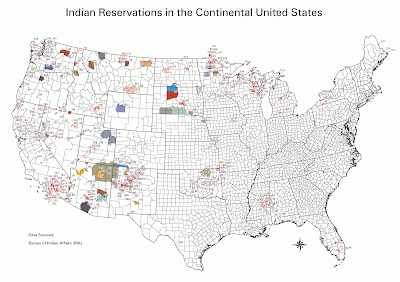 The US Consitution says “Congress shall have the power to regulate Commerce with foreign nations and among the several states, and with the Indian tribes” so even though reservations fall within state boundaries, tribal sovereignty is dependent on, and subordinate to, only the federal government, not states. Other judgements have clarified things: “the establishment of a reservation by treaty, statute or agreement includes an implied right to hunt and fish on that reservation free of regulation by the state.”

Chief Justice Thurgood Marshall stated “England had treated the tribes as sovereign, and negotiated treaties of alliance with them. The United States followed suit, thus continuing the practice of recognizing tribal sovereignty. When the United States assumed the role of protector of the tribes, it neither denied nor destroyed their sovereignty.”

I'm not an expert on Indian affairs but we do have more reservations in San Diego County than any other county in the United States. Here's a new chapel designed by a friend of ours, Kevin deFreitas, located on the Reservation of the Rincon Band of the Luiseño Indians, a few miles north from the Excel Math offices. 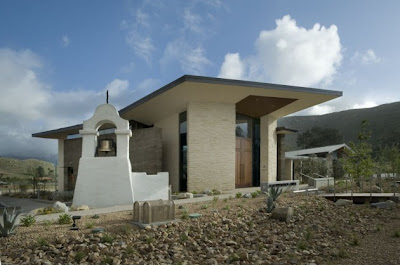 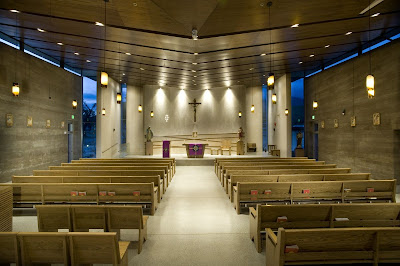 Posted by Excelmathmike at 2:53 PM