This is the 5th installment on numbers describing US geography. I chose geography because it promised to contain lots of numbers (see yesterday's post), giving me a chance to showcase how we use elementary math.

Talking about territories and states and counties leads to the ultimate political subdivision - the citizen. As I was counting and sorting people who live in the US, I wondered, "Are there classes of citizenship for each kind of political subdivision?" Let's find out - and we'll throw in some numbers if possible.


CITIZENSHIP
In the United States, citizenship most often acquired in one of two ways - you are either a "natural" citizen or a "naturalized" citizen.
If you were not born on US soil but were adopted, born of a surrogate mother, born "out of wedlock", conceived via artificial insemination, or have dual nationality, then you may face extra hurdles becoming a naturalized citizen. 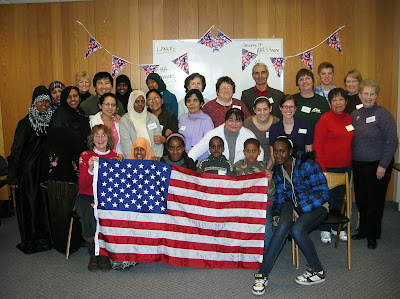 Natural citizens can be divided into two groups; those having been born themselves in the US, or under its jurisdiction, and those that acquired their citizenship by been born to parents who are citizens of the US.

Here are some legal (Latin) terms that describe categories of citizenship:
NOTE: These technicalities make a difference when you are traveling abroad. My former boss and his wife were asked to leave Canada after living there on a work permit for 5 years - due to Canadian re-interpretations of her citizenship, because she was born in a US embassy in Africa rather than on US soil!

MULTIPLE CITIZENSHIP
In some cases people may end up with dual (or multiple) citizenships, because it is the country who defines (claims) who its citizens are. More than one country can define or claim you as its citizen.


NO CITIZENSHIP
If a country ceases to exist, or is in the midst of war or ethnic conflict, or rejects its citizens, many people may suddenly become stateless - with no citizenship in any country. The nomadic Romani people (gypsies), are denied citizenship in many countries. A child born outside either parents' home country, or a child with no birth certificate, may be stateless and end up in a refugee camp, like the "Lost Boys of Sudan". About 12 million people worldwide were stateless in 2011.

LOSS OF CITIZENSHIP
A few actions can cause you to lose citizenship, or you can choose to renounce US citizenship. Although we often hear about people coming to the US, we seldom hear about the citizens who renounce their citizenship. This US State Department page outlines the various categories for losing or renouncing citizenship.


The Census Bureau uses the term native to refer to anyone born on US soil, or born abroad with a US citizen parent. In 2010, including the military and others living abroad, the Census Bureau said we have approximately: