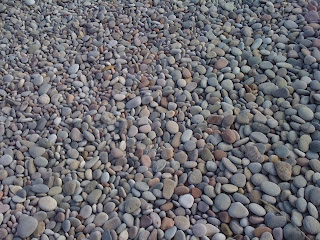 Using my co-workers as guinea pigs, I did an exercise in weight perception. This turned into a math lesson activity. You can have fun with it as well.

Find 9 small rocks of roughly equal size. Wash and dry them. Weigh them on a scale and record their weight somewhere, or write them on the rock in a secret code. 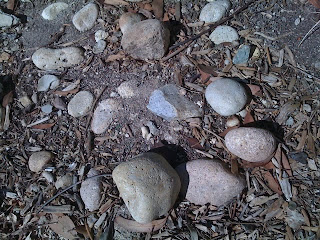 Give your friends the rocks. Have them pick one that seems to be in the middle in both size and weight. Mark it with a pencil.

Is the heaviest rock also the largest one? (Depends)

Could it be heaviest without being the largest? (Yes, if rock density varies) 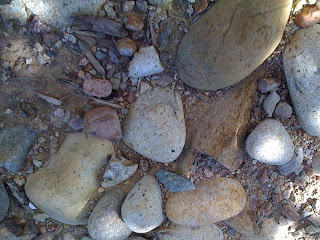 Can two rocks weigh the same but not be the same size? (Yes, size and weight are not directly related.)

After the rocks are in three groups, see if they can sort them from lightest to heaviest.

Does everyone agree on the arrangement? (Not usually)

When they have sorted the rocks, they can check by weighing each rock with a postal or digital scale.

Many people can tell even a fraction of an ounce difference in weight. 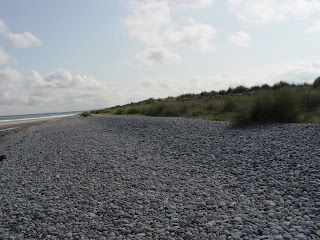 Here in Southern California, it's rarely possible to find a patch of ground without a few (million) rocks. I'd suggest you stick to smaller ones though.

Of course we do not have a monopoly on the rocks. Lots of areas have even more.

This first picture was taken at Findhorn Bay, near Inverness, Scotland. They seem to have no shortage of rocks there!

Then I went to a place called Orford Ness. Yes, it's in the UK too; an island off the east coast. There was NO dirt. They call this shingle, but to me it looks like lots of rocks! 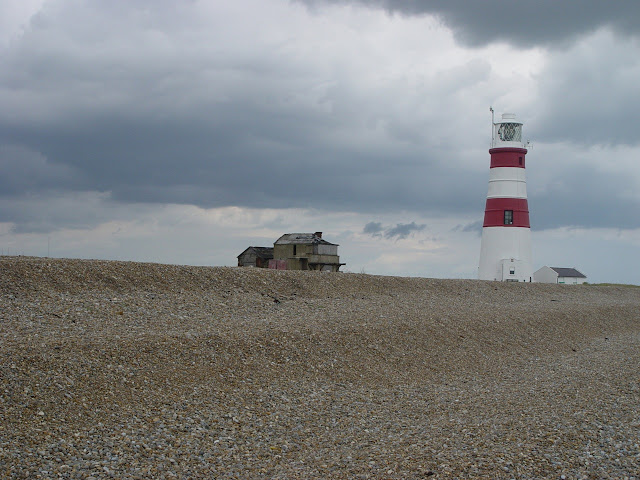 Posted by Excelmathmike at 8:30 AM