I was on two flights yesterday, from London to San Diego.

The first pilot said our flying time would be 10 hours and 23 minutes. I decided to take him at his word. I set my Breitling Aerospace watch to 10:23:00 and clicked the button when we began our takeoff roll. 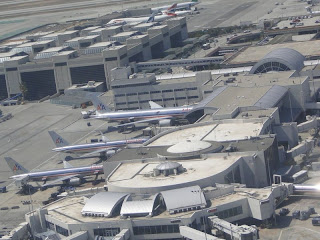 The second pilot said our flight would be 24 minutes for 100 miles. I set my timer and clicked when we began the takeoff roll. This isn't my plane (I was inside!) but it looked like this one. 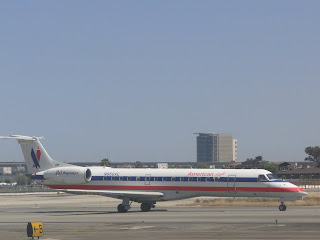 Here we are on the SAN approach from the north, looking south. This view shows Mission Bay at the bottom, the San Diego River in the middle, and San Diego bay at the top. 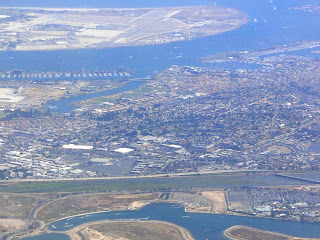 I was amazed that each flight was off by 2:45 seconds from the predicted flight time. I knew it was a coincidence, but it made me think about the percentage of error in the flight plans. And I also began to wonder how pilots actually measure "flying time." 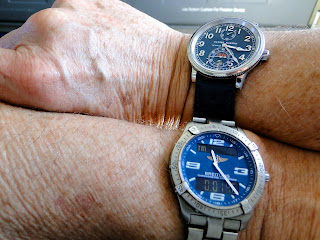 What is the percentage of error made by each of the pilots in their flight plans?
Show your work and check the answers using another method.
First we convert the recorded times so we have just minutes to deal with (as there are 60 per hour, not 100 as in decimal systems). We have to convert the seconds to decimal as well as hours.