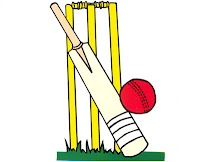 This past week, India celebrated as one of its cricket players scored 100 centuries (a century = 100 runs) in 100 international games. Sachin Tendulkar made history with this rare accomplishment last Friday. The game was against Bangladesh. His 99th century game was in March of last year. Even his millions of fans had begun to grow restless, wondering if his 100th would ever come. But come it did, much to the delight and surprise of the spectators. "His 100th century is 29 more centuries than his nearest challenger on the all-time list, Australia's Ricky Ponting," wrote 'The Telegraph'.

Excel Math levels the playing field so students of all ages and abilities can learn math concepts and achieve measurable results. The unique spiraling process is an important component of Excel Math that leads to mastery and long-term competency for each student. Students regularly review concepts throughout the year while developing a solid foundation of skills. Read more about Excel Math on our website. 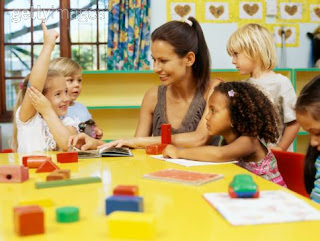 Now back to the sport of Cricket. Cricket is a team sport for two teams of eleven players each. A formal game of cricket can last anywhere from an afternoon to several days. Although the game play and rules are very different, the basic concept of cricket is similar to that of baseball. Teams bat in successive innings and attempt to score runs, while the opposing team fields and tries to bring an end to the batting team's innings. After each team has batted an equal number of innings (either one or two, depending on conditions chosen before the game), the team with the most runs wins. 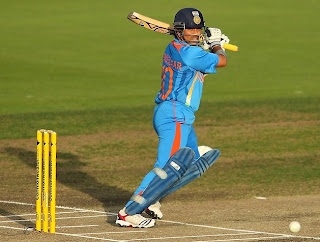 (Note: In cricket-speak, the word "innings" is used for both the plural and the singular. "Inning" is a term used only in baseball.)

A cricket field is a roughly elliptical field of flat grass, ranging in size from about 90 to 150 meters (100-160 yards) across, bounded by an obvious fence or other marker. There is no fixed size or shape for the field, although large deviations from a low-eccentricity ellipse are discouraged. In the center of the field, and usually aligned along the long axis of the ellipse, is the pitch, a carefully prepared rectangle of closely mown and rolled grass over hard-packed earth. It is marked with white lines, called creases, like this:

The dimensions are in centimeters (divide by 2.54 for inches).

The West Indies is actually a consortium of Caribbean countries: Barbados; Jamaica; Guyana; The Republic of Trinidad and Tobago; Antigua and Barbuda; St. Kitt's-Nevis; Dominica; St. Lucia; St. Vincent and the Grenadines; Montserrat; and Grenada, Carriacou and Petite Martinique.

Minor cricketing nations (which do not play Test cricket, but do compete for a place in the World Cup One-Day competition) include: Ireland, Kenya, Fiji, Canada, The Netherlands, USA.

In the sport of cricket, a batsman reaches his century when he scores 100 or more runs in a single inning. Sachin Tendulkar made history when he became the first batsman in history to score 100 centuries. Here's a list of those players who have scored centuries in their career, with a minimum of 22 test match centuries (some of these numbers may have gone up by the time you read this post).

Most century in test match cricket by a batsman in career.

Source: It's Only Cricket
You may also like these articles:
Creating Electronic Math Flashcards
Thank You, Teachers!
May Day Math
Seven Steps to Successful Math Students (& Parents)
Posted by Unknown at 5:00 AM