ARPU is not good for you

What is ARPU? A new drug? A chemical used in coffee cups?  A virus?

No, ARPU means Average Revenue Per User (per month). It's how mobile / cell phone service providers count what they collect from you. Cable TV and other subscription service companies use the same type of calculation.

Can math help us understand our phone bills? Let's give it a shot. 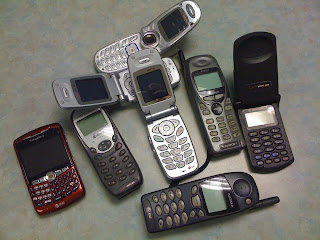 Before we go on, there are a few considerations.
OK, now to the real numbers. Here are some Voice ARPU numbers I have found (all statistics are per month in US dollars):
What about data?
Average levels of churn (switching carriers) range from 20-40% depending on the carrier. That's why at the beginning we saw the AAU calculation! The subscriber numbers fluctuate wildly every month.

If carriers reduce prices, improve features, and offer better incentives, they can reduce that expensive churn, but that also reduces ARPU. They're always looking for the right mix between making the most profit and making you so mad you switch!

PS - No, math can't help figure out your phone bill. It's intentionally impervious to investigation!
Posted by Excelmathmike at 2:43 PM