How Good is Good Enough?

This is a proverbial question. A suitable answer requires wisdom and discretion, rather than possession of the correct facts. This is NOT a question that math can always help you to answer. Can you spare a moment to think about this issue? 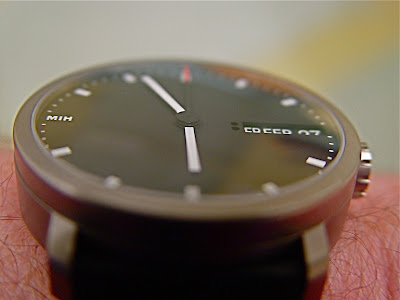 I used to get into heated discussions with Christie and Tom. We all worked at a publishing company. Both of them said, in various ways,

It takes me longer than others to do the work because I care about it more than they do. My additional efforts make a better product.

I can't type any faster because I can't think as fast as I am typing, anyway!


To which I always wanted to say You're Fired! but was compelled instead to reply,

That may be how it seems to you, but
(a) we can't pay you more for working slowly

(b) your work isn't better than others who work faster.

As you can readily see, this is a no-win argument. Red faces, hurt feelings and missed deadlines.  How could they be wrong when they were so sincere? Can there ever be too much quality? Too much concern for the product? 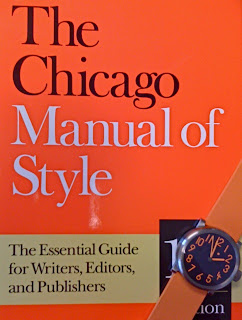 Yes. I think so. One editorial group I consulted for was best described with this statement,

We'd rather do it right, than do it at all.

To which you might exclaim, as the owner of that company did, What!? Their intense concern for verifying details, improving art, and making indexes meant nearly every book was past its deadline, over budget, and too big. The editors never felt that ready-to-go-to-camera thrill. The word tolerance covers situations like this. It means accepting less than perfect. Giving reasonable leeway for imperfections. Allowing for normal variation. Here's a statement about a famous watchmaker:

As far as I know he has only delivered one watch, after all these years. This is because he is such a perfectionist. He cannot let go until he is completely satisfied with even the tiniest detail. His emotional involvement is exceptional. He does not stop until he gets it right for his standards. This watch is a mirror of his inner constitution; it is imbued with his soul. It will be a true master's piece – nothing less! Just imagine the immense degree of freedom he affords for himself to achieve just that!

Yet he doesn't have the satisfaction of seeing his watches on dozens of wrists. I have a watch designed by another Swiss genius with a tolerance-free approach. They operate perfectly when simulated on a CAD system. However, when realized in metal, the builders have to allow some slack or the watch won't work under all variations of temperature, position, etc. Tolerances that are too small sometimes cause trouble.

Look at the watch in the first picture at the top of this post. Here's its second hand. See the little pipe sticking downwards? The left one is as designed, but sometimes it won't hold on to its shaft. If the watch was bumped or the stopwatch feature was operated sharply, the hand would come loose and fall off. The new, longer design on the right corrects that problem. You could argue that (for reliability, safety, etc.) every component could be a little larger, thicker, heavier - but eventually you would have a very expensive pocket watch, not a wrist watch. That rationale has resulted in our vehicles getting longer, wider, heavier and more gas-consuming. And in the end, we all lose. The winning strategy is this: The best employees (companies and products) find an acceptable balance of quality and speed, and continue to improve over time.

This watch company must have a formula that works. I have happily purchased 3 watches from them.

Posted by Excelmathmike at 10:43 AM