We have come to the end of the arithmetic alphabet with R-Z today. Most of the time this blog deals with using math in real life, but without knowing math words, it's hard to communicate precisely.

We tend to say square or rectangular when we are talking about 3D objects, even when we mean rectangular prism. I was talking with my friend Chris, who said he was putting square gabions in his back yard. I knew the word gabion meant a big wire cage, but I didn't know what shape they might be. I learned gabions can be purchased as rectangular prisms, cylinders or cubes. You put them in place, then fill them with heavy material to form earthen walls.

If we want to be extra-precise, gabions aren't solid figures until they unfolded and filled. Here are some pictures of his empty ones, waiting for 2 tons of dirt. We'll do the math calculations on the dirt in another blog: 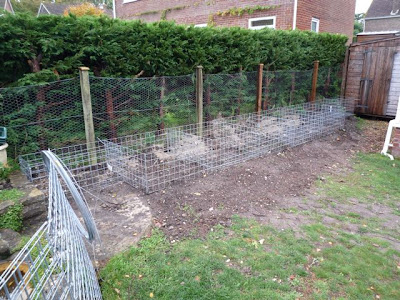 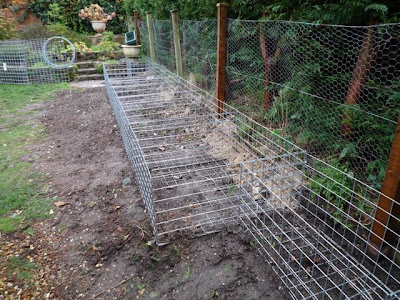 Now, on to the definitions:

Posted by Excelmathmike at 8:45 AM