The Math Family Tree and its Branches

It's Thanksgiving week and lots of kids are out of school and heading for grandma's house for turkey dinner. Time to use our imaginations and consider math for the holidays. 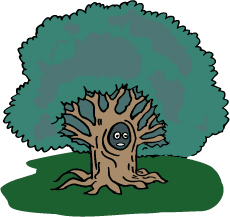 Here's a Mathematics tree, looking for other members in his family. Let's say he represents math. What other branches of his family might show up for the big dinner on Thursday? He knows he has a cousin named Geometry (gee, I'm a tree).

One amateur mathematician suggested that these are the definitive various branches of math:

Ok, this is a list compiled by an expert. And there are lots of big and confusing words in the list. But did you notice that he can't count?  Or doesn't know number sequence? We teach this in Kindergarten and First Grade.

But that makes sense, because he left arithmetic off the list, which is what we teach in early grades of elementary school. We could do some of this list-making ourselves, I think. Here's what I come up with if I strip off all of Mr. Tree's leaves. We see these branches:

Most of these relatives will have to be introduced to you by someone else who knows them better than I do.
Posted by Excelmathmike at 1:45 PM