This short series of three posts were focused on how stuff accumulates in our lives (computers, closets, garages) - in fact the piles grow towards infinity if you are not careful.

NOTE: Infinity is not a Nissan luxury car (Infiniti), but a math term meaning no limit.

I've written primarily about the million+ files I have on my computers, but I have also been cleaning out the closets, cupboards, drawers and shelves around my home and office. The stuff just seems to keep accumulating. And I'm not a hoarder by any means.

Last week we had a recycling day at work, where we filled a whole pallet with wires, cables, electronic gear and computers. We probably got rid of half the total electronic stuff that sits around, unused. Note - that is NOT including the stuff our tenants accumulate in our warehouse. 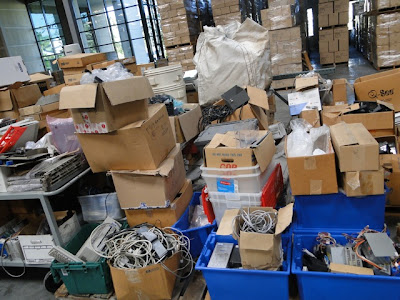 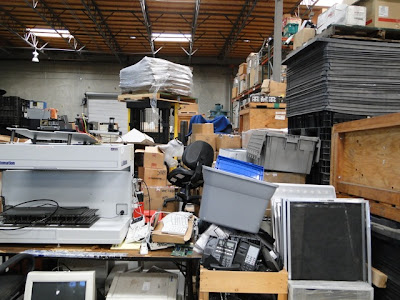 As I drove in to work today I thought about the inverse of accumulation. The critical elements of our lives where we count on devices to tell us the level of de-accumulation.  For example, the self-emptying fuel tanks in our cars. We watch the gauge carefully because walking for fuel after running out is very irritating. 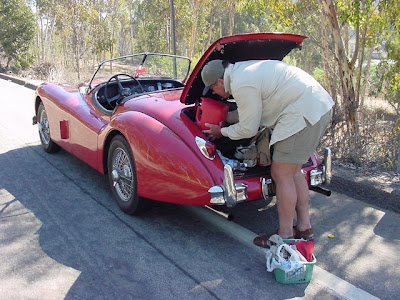 You can also run out of fuel on a barbecue or your household heating, but the tanks are larger (and the risk of walking reduced) so we don't have such elaborate gauges.

What else is self-emptying? I found a Greek word - kenosis - that means self-emptying in a theological sense - reducing one's interest in one's self to nothing, so one can be filled with or used by God. An interesting subject, but not math.

What other things are self-emptying? I did a Google search and found these :


What is the math term for de-accumulation or self-emptying?  Subtraction
Posted by Excelmathmike at 2:11 PM