The US Mint makes a profit minting new quarters for collectors. It's such a nice profit there's a special word for it - Seigniorage

It's a benign sounding word from old Anglo-French not used these days outside the economics profession. Originally, it referred to the right of the feudal lord, the "seignior," to coin money for use in his realm. Central governments didn't exist. Each seignior had the right to coin money so commerce could rise above bartering. There was something in it for the seignior as well. Since it cost him less to make the money than the money was worth, he made a profit just through coining and printing. The more currency he made, the richer he became ... James Goldborough

How does this work at the US Mint?

Many of the quarters are immediately taken out of circulation and put into collections. It's like the Post Office selling stamps that you put into an album. They don't have to deliver a letter for the 44¢ you spent. In the same way, the government mints quarters (at a cost less than 5¢) which collectors "buy" and hide away.

From these numbers can you calculate how many quarters have been taken out of circulation? Let's see...

The profit of $4.6 billion divided by 20¢ profit per quarter means 23 billion quarters are safely stashed away! That's 66% or 2/3 of the quarters.

The 6 US territories [did you know there are territories aligned with the US?] are getting "their" quarters right now, in a program authorized for 2009. That's the District of Columbia, Puerto Rico, Northern Mariana Islands, Guam, US Virgin Islands, and Samoa.

This program is expected to clear another half-billion $ for the mint!

Not wanting our enthusiasm to slacken, Congress has authorized the Mint to begin a 56-coin "Beautiful National Parks" series in 2010. Rather than 4 states per year with the state quarters, this time every 10 weeks another batch of quarters will be released.

Will this flood of coins tire out collectors? Will they kill the goose that lays the golden eggs? Will the US sink under the weight of coins stashed in our bedroom jars?

Only one piece of wisdom can come out of all this story of profit by minting:

Don't try this at home, Seignior! 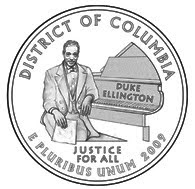 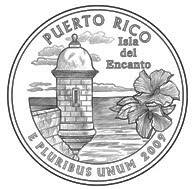 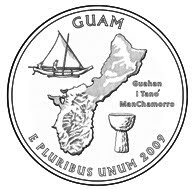 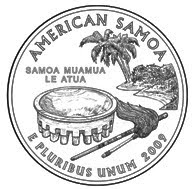 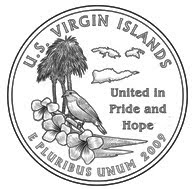 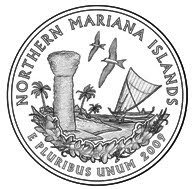 Posted by Excelmathmike at 9:43 AM