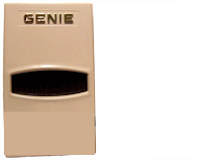 It started when I closed the garage door by leaning out the front door and pressing the button on our ancient Genie remote control.

How does that work? Is it by radio? How come the various signals in the air don't bump into each other?

That's a tough bunch of questions. The short answer is yes, the remote sends a scrambled radio signal to the garage door opener/closer. The opener sees that signal. It recognizes one push as an instruction to open the door and two pushes as an instruction to close the door. It turns on the motor for a moment, and the door closes.

The signals don't "bump into each other" most of the time because government agencies make sure all manufacturers of transmitters put their radio signals into the right places "in the air".

Or in more technical terms, they allocate the frequency spectrum.

Sheesh. Can you believe those charts? A simple list was all I needed.

It seems like there are millions of frequency bands. Here are the main ones:

Some frequencies are used by the military. Others are considered international because they are used by satellites, aircraft and other non-local, non-national devices. The rest of the frequencies are allocated by agencies (FCC in the US, Ofcom in the UK, etc.) who monitor usage and figure out ways to maximize use and revenue from each frequency band.

Ofcom recently did an experiment where they loaded antenna arrays on top of regular vehicles and drove all around the UK, monitoring how crowded the frequencies were. After scanning hundreds of pages, I almost gave up trying to find a simple way to explain the issues. But I will give it a try.

The regulatory agencies need to
Sounds highly complicated. Beyond my math skills, and beyond our ability to do an accurate prediction ...

But in doing this research I found something that would be really cool to have - a full-spectrum jammin truck. You can drive it around and block virtually all frequencies across all spectrums. All electronic services come to a halt.

I can confidently make this prediction - They won't sell it to us! 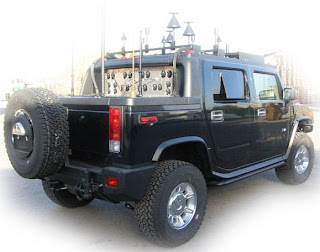 Posted by Excelmathmike at 8:27 AM