Following last week's post on red lights, I thought I would mention AARoads, a website that takes pictures of every road.

AARoads is not as interested in navigation as it is in documenting how a road looks, what the signage is like, and so on. Their folks drive around taking pictures of the roads. Really. I am not kidding. That sounds like a job that will never be finished, doesn't it?

Here's the southbound tip of California State Highway 209 (now decommissioned) from AARoads. You can just see the old Cabrillo lighthouse in the distance. 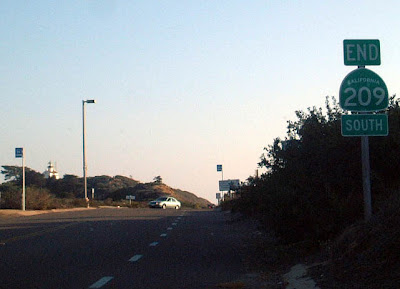 Can you guess how many miles of roads there are in this country? How about your county? Or city? Or even your own driveway?

Let's see what I can find out.

How about the county? That's a bit more complicated to understand. Our county of San Diego says,

There is only one privately-owned toll road in the county, the South Bay Expressway. It has 9.5 miles of roadway.

Click here for a real-time traffic map of San Diego County from Caltrans.


San Diego has a well-developed and relatively uncongested highway system. Four major interstate freeways and six state highways serve the City. The average daily round-trip commute ranks fifth-best of the 20 largest metropolitan areas in the US. Since 1980, more than 1,000 miles of streets and highways have been added to the San Diego region. About 50 more miles of new and upgraded freeways are planned for development by 2010.


Ansmar Publishers, home of Excel Math, is in the city of Poway, which has a total of 130 roads covering 180 miles. They are swept every other week and maintained on a 7-year rolling schedule.

Ansmar has some pavement of its own - 34,002 square feet of it, to be precise, mostly taken up by the 69 parking places we were required to provide. Come by some time, visit us and enjoy the parking! 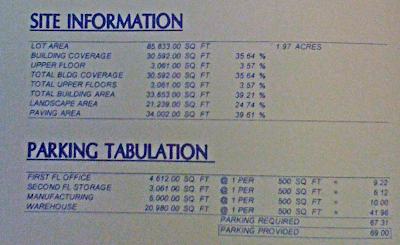 My own driveway is about 1000 square feet. It's a complicated shape, so it's hard to calculate its square footage, but when we repaved it with bricks we worked out the area from the number of bricks used. 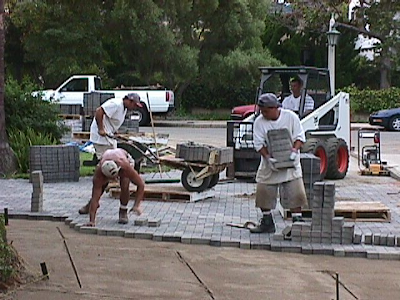 Posted by Excelmathmike at 11:49 AM