A new decade, or just a new year?

I have seen various pronouncements about this being a New Year, but NOT the beginning of a New Decade. Due to various ways of counting, we can't seem to agree on whether it's a decade or not. And I still remember the wailing and gnashing of teeth that happened a decade ago when we entered a new century!

There are a few self-appointed year-numbering cops working hard to set people straight on this. But both they (and the folks ignoring them) seem to be suffering from lots of self-induced angst. Can math help?

Here's what we offer when we teach kids to count. You simply choose whether to start labeling (naming, numbering) at 0 or at one. Remember in this instance we are not counting widgets in a bin, we are numbering or labeling an arbitrarily-chosen group of moon phases, or solar rotations, or something like that...  it's far too complicated to define a year here! 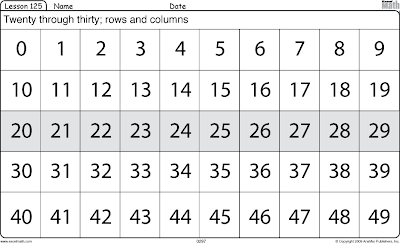 When you sort files on a computer, the file system usually expects 0 to be first. If you named your files in the conventional way, they'll be out of order in your folder.

And they don't keep track of place value automatically, so you need to insert leading zeros to keep your files organized. With more than 10,000 files used to create our Excel Math textbooks, we can't just number those page files any old way and expect to be able to find them later. Especially when we manage to insert a couple instances of the letter o or O in place of 0 zero! 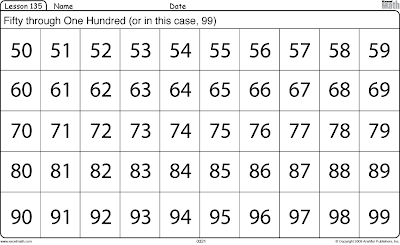 Which do you prefer?

Here's my final piece of evidence. My fancy perpetual watch shows the year 2009 here, in a photo taken near midnight on New Year's Eve. 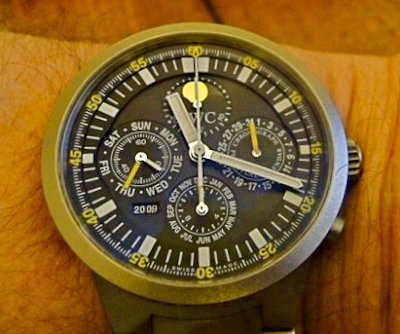 In the next shot, on New Year's Day, it shows 2010. A zero has gone and a one has appeared on the dial in the tens column. Therefore, I say It's a new decade! 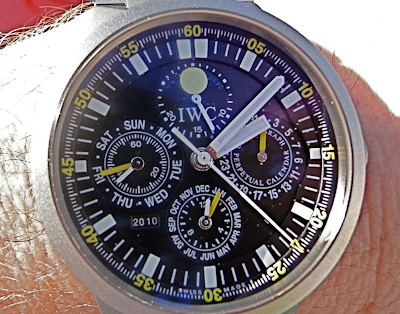 But taking a note from the EPA's advice on fuel economy, your decade may vary.
Posted by Excelmathmike at 11:03 AM