The last few blog posts have dealt with reduced visibility due to fog. It's not so foggy today, but I did hear foghorns blowing this morning. They made me think about other ways to communicate when visibility is poor. 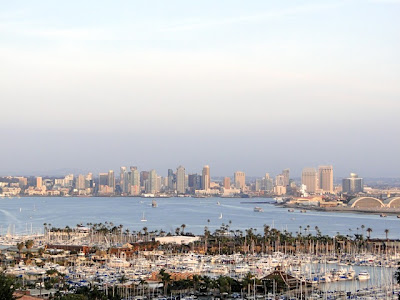 Lots of ships sail in and out of San Diego harbor. Like most seaports, we have a lighthouse to send a visual signal to ships. The old historic lighthouse on top of Pt. Loma is a well-known symbol of San Diego. But it was hidden in the fog all the time, so a new one was built closer to the water. 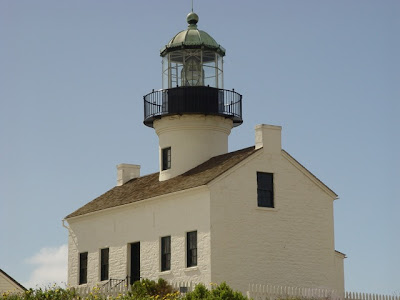 But what if you can't see the light? What do you do? A sailor on a US Navy destroyer told me yesterday that this week they anchored off the coast for a few hours until the fog thinned out enough for them to enter the harbor safely. Notice the fog bank behind the ship in this picture. 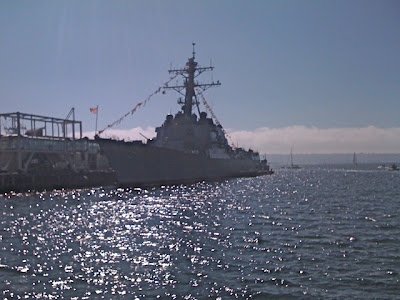 Although they have radar, sonar, digital charting, etc., any kind of mishap with a 400-foot destroyer is a career-ending event for the captain and navigators. A short respite at anchor is no trouble at all in comparison!  Now back to my first question:


Q. What do you do if ships can't see your lighthouse (or land) in the fog?
A. You blow a fog horn.

Here's a photo taken while we were crossing the Golden Gate Bridge in San Francisco. Notice the bridge wires quickly becoming invisible in the fog. 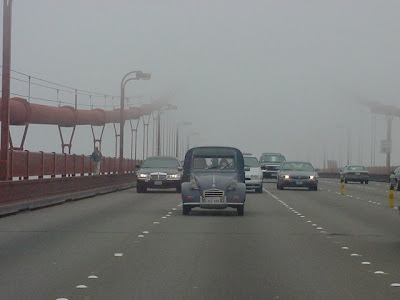 We'll do some more fog horn math tomorrow. In the meantime, you can plan a sound vacation here!
Posted by Excelmathmike at 3:25 PM