Here's a question for you. It involves units, and measuring, and judgement. It's math to me.


Q. How do you determine visibility? 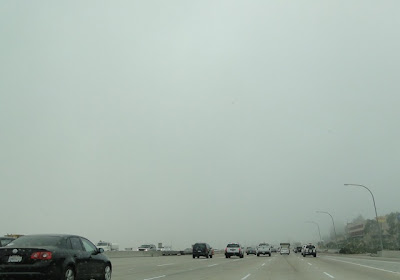 Here's the freeway this morning, as I was driving to work. I'd say it was limited visibility. As I got closer to work, it got worse. 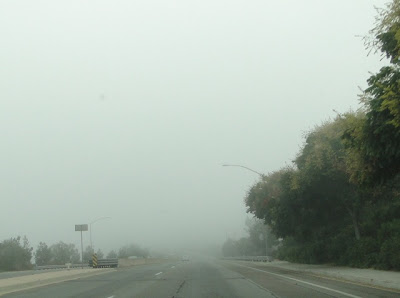 Now it wasn't unsafe to drive or anything, but you certainly couldn't see too far. Since I was driving around with my camera, I went looking for other things that would help me determine the range of visibility. Here's what I saw, quite by accident. A giant spider web. About 5 feet across, I'd say. 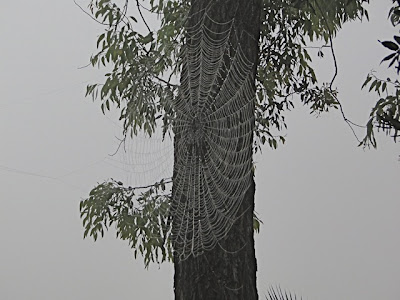 Can you see it? My camera had a very hard time focusing and I needed to move around until I got a dark tree right behind the web. Is this better? 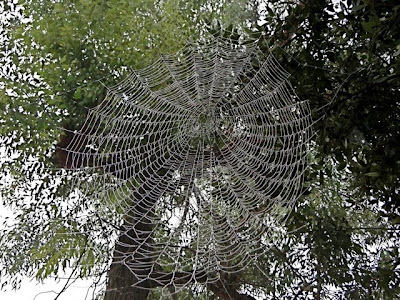 It was only visible because the mist (which ruined visibility when driving) was clinging to the web strands and then the sun (trying to peek through the mist) glinted off the moisture.

I now repeat my original question. Q. How do you determine visibility?
Here's what I learned from the Mt Washington Observatory website:


Visibility" is a measure of how far you can see in the atmosphere.
Did you notice the limited visibility of the preceding paragraph? Can we use the FD-12P gizmo the observatory folks are using? NO. It measures visibility from 10 m to 50,000 m, it doesn't care about color, and it costs $20,000 - so it is not useful to us. 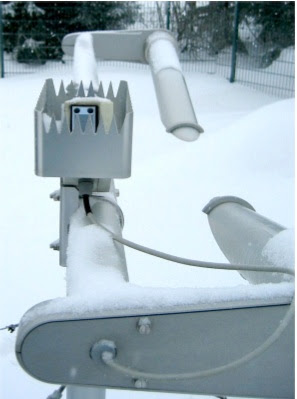 A. We describe atmospheric visibility by stating a distance in yards or meters. Stating the color of the viewed object is not part of the normal process. Notice how everything so far in the blog post is grey or blue or black? 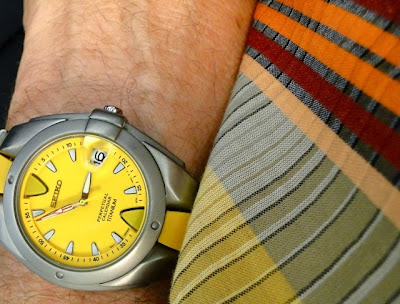 I think seeing a grey car on a misty morning on a concrete highway is much more seeing like a spiderweb, than it is like seeing the outfit I wore today.
Posted by Excelmathmike at 3:41 PM