The United States of America currently has 50 states. As a math person, I think that simply equating USA = 50 is a mistake. Why? There are many other sub-divisions of this country, including counties, cities, reservations, etc. But I'd like to investigate the math of external sites known as districts, territories and jurisdictions.

The District of Columbia lies within the US and adjoins several states. It is not a state, but a Federal District, run separately to "host" the US capital city of Washington, along with housing about 200 foreign embassies, UN heaquarters, etc. It has a mayor but Congress ultimately controls the district. 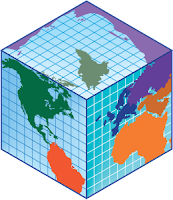 Territories and rules for their governance were originally created to manage newly-acquired lands while the borders of the United States were evolving - such as the "Louisiana Territory." There were many territories during the period from 1789 to 1959;  31 of these became states. Not all who applied were accepted, nor did all the land in each of these territories become part of the US.

We had no offshore territories until 1856 but we now have a handful of island groups. Other territories are "virtual" and exist because of a contract, lease, flag, or temporary need (war). The courts have defined these types of territories: 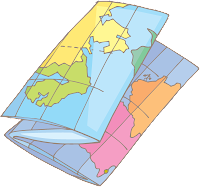 The US and many other large countries occupy (with permission) small chunks of land within other nations where they place military bases, embassies, consulates, etc. International agreements mean these jurisdictions are considered part of the country that has been given permission to establish them. Some countries have exploratory outposts in places like the Arctic or Antarctica (and the moon?).

These associated lands and populations explain why the number 50 doesn't fully describe our nation.

This blog has been brought to you by Excel Math, built for elementary school students in the US, its districts, territories and jurisdictions (and anyone else who wants to buy it).
Posted by Excelmathmike at 10:19 AM