Would you care for a piece of pie?

Welcome to the Excel Math blog, where we investigate the world using math concepts that we learned in elementary school. Today I would like to address PERCENTAGES since 1% and 99% are in the news almost every day. I'm going to stay out of the emotional part of this debate and simply say that wherever you have people and pie, you have inequality. 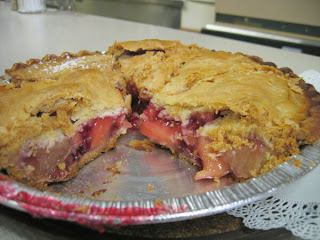 Since we can divide any pie into infinite numbers of pieces, I'd like to ask, Why one percent versus ninety-nine? Where is the line? How do we define (point fingers at, or enter) the top 1%?

The following example data is very rough and rounded to the nearest even number. It was outlined by a professional pie slicer. If you have ever cut an apple pie into sections, you know that the crust may break, the filling ooze out, or an apple segment get snatched away by your brother. So it is in economics - there is no perfect line.

If you expect to qualify for the 1% using your earned income, you need about $300,00-$400,000 per year. (The average American family has about $55,000 of income.) You are probably a doctor, lawyer, upper level manager or executive, car dealer, or successful business owner. You've worked hard for 20-40 years, been promoted and invested wisely so your investments produce income.

If you prefer to enter the 1% using your accumulated (or inherited) wealth, you need more than one million dollars. Take all that you own, subtract what you owe, and place yourself in the ranks according to the following scale:
Folks who enter the top with wealth are similar to those who qualify with income - except they probably earned less, but saved more over a long time. Both sets earned their membership "the hard way" - by selling their labor and brains. But there are even higher ranks which are nearly impossible to enter by sweat and toil and time:
The top tenth of one percent did not earn their slice of the pie by salaries alone (which are taxed pretty rigorously by the IRS, no matter which party is in power). They built and sold real estate developments, dotcoms that went public, stock portfolios that soared, holdings in the military-industrial complex, or worked in the banking and investment industry, or received inheritances. Their advisors and accountants helped them invest legally in business sectors and strategies with relatively lenient taxation.

Eventually the percentages at the top get so small that they're unmeasurable. The LA Times said recently that the six family members who have inherited Sam Walton's estate now have about $90 billion between them - about as much of the whole pie as the bottom 30% of Americans. That doesn't make them bad people, by the way, nor does it mean you will never see them walking down a street in your neighborhood.
And finally, Mexican citizen Carlos Slim, the richest man in the world, has nearly as much wealth as these 6 US families put together! There are many billionaires like him spread around the world - lucky for us, we are not all sharing the same pie.

For very detailed discussions accumulating wealth, see the Who Rules America website. I am indebted to them for some of the thoughts here, as well as Jack Bogle (formerly with Vanguard).
Posted by Excelmathmike at 3:32 PM