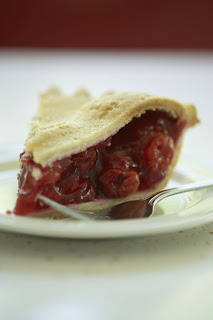 Here are some fun activities to help your students partition circles and rectangles into equal shares. In the process younger students will describe the shares using the words halves and fourths or quarters.

Older students will divide objects into smaller shares using the words thirds and a third of, and eventually using smaller and smaller fractional parts.

For each student provide scissors, 2 graham crackers, 2 round crackers, a letter-size piece of paper, an envelope and a paper plate. If you like, bring a pie cut in half along with a knife to divide it further as you talk about various fractional parts.

Give each student scissors, 2 graham crackers, a letter-size piece of paper, an envelope, and a paper plate. Ask the students to cut the paper in half to form 2 equal shares (they can fold it first to form a cutting line). Ask them how many halves make one whole. (2)

Now have the students fold one rectangular shaped paper in half to form two equal triangles. Ask them how many triangular halves make a whole. (2) 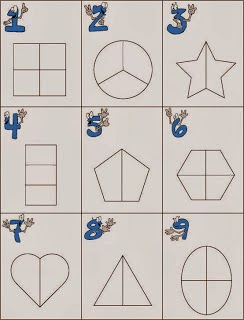 Feel free to leave a comment in the box below. We love hearing from teachers, administrators and parents from around the country.
Posted by Unknown at 5:46 AM