Historians think numbers began with the words one and two.

Me You. Man Woman. One Two.

One Two are different from all the numbers that follow. They indicate duality. A pair. By themselves they don't necessarily imply a counting sequence.

Then Three came along (children?).

One Two Three. Me You Others. Man Woman Many. Dad, Mom, kids.

At some point we figured out how to count. We needed a specific new word beyond Many. It was Four.

(By the way, not all cultures count. Some recognize things and keep track without assigning numbers.)

Once we had a whole big bunch of things (family) around us, we needed a new unit. A Bigger ONE. In English the new "big" one is called TEN.

We've added this new name TEN, and we continue to treat the One Two that follow TEN in a unique way - they are different from all the rest. The number value is ten plus one and ten plus two but in English we say Eleven and Twelve. Two completely new words.

Then we say Thirteen (three and ten). All the following numbers use that form. We didn't invent new words, but use a combination of old words. Using the structure of four and ten, etc. Fourteen, Fiveteen, Sixteen, Seventeen, Eighteen, Nineteen.

Once we needed yet another set of TEN, we completely gave up on this "teen" structure. We didn't invent more new words but we started re-assembling words in a different sequence - twenty-and-one, twenty-two, etc. This goes all the way up to the next BIG TEN.

One hundred. A nice round sound. I like that number.


NOTE: If this kind of thing interests you, you may want to look at the book Number Words and Number Symbols, A Cultural History of Numbers, by Karl Menninger.
I mention all this history of numbers, words and groups, thresholds and units because yesterday I noticed that this blog has been visited by math-loving people from 100 countries. Thanks! 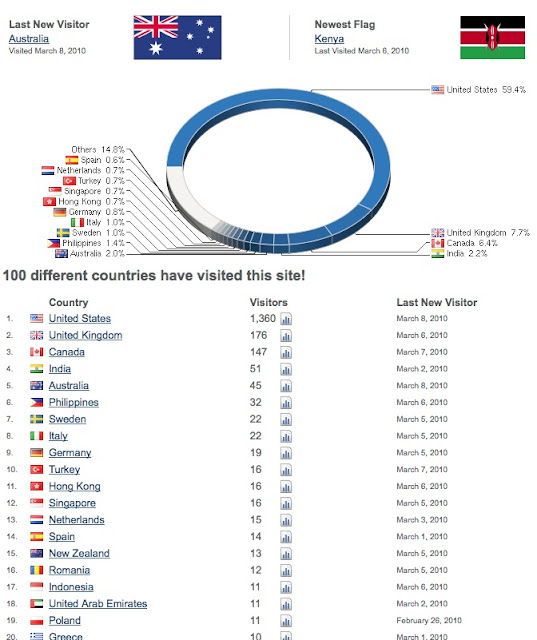 PS - and then the counter software broke. Whoops... I'll try to get it back.
Posted by Excelmathmike at 10:31 AM