Life is full of "What if?" questions. Math is one tool we use to answer those questions. That's a good reason to teach math to kids, and why grown-ups need to be able use that math later in their lives.


PAST TENSE
What if I had gone out with Sue instead of Laurie?

What if I had taken the first job instead of the second one? The first job paid $6 per hour plus tips but no overtime and no benefits, but the job I accepted paid $7.50 and $11.25 overtime and I accrued vacation time ... What if?

Looking back and trying to figure out what would have happened if? is a recipe for frustration. Here's one of my favorite passages on that subject, from The Lion, The Witch and the Wardrobe, by CS Lewis: 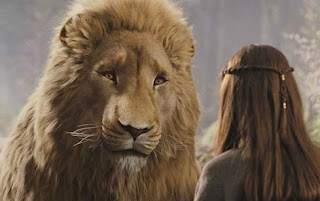 "To know what would have happened, child?" said Aslan. "No. Nobody is ever told that."

"But anyone can find out what will happen ... and there is only one way of finding out..."

"Do you mean that is what you want me to do?" gasped Lucy.

"Will the others see you too?" asked Lucy.

"Certainly not at first," said Aslan. "Later on, it depends."

"But they won't believe me!" said Lucy.

Lewis suggests here and in other places that we can't know what would have happened. But we can look back at what did happen, and try to make sense of it. Defining the past in ways that make sense is often called History.

You can’t connect the dots looking forward; you can only connect them looking backwards. So you have to trust that the dots will somehow connect in your future.

I like this statement made by Steve Jobs - I have seen it repeated many times since he died.

On the one hand, history teaches us a great deal. IF we listen. We often do not.

On the other hand, history does not predict the future, as any stock broker will tell you! Or rather, they will say "past performance is not an indicator of future results."

I predict that tomorrow this blog will deal with the question of future predictions.
Posted by Excelmathmike at 3:50 PM