If you don't want to guess, work it out in your head

Perhaps you have heard of the term math prodigy. Or math savant. Or mental calculator. Or mentat.

Are you one?  To find out, you could download the 2010 World Cup of Math material to practice on.

But first, I'll save you some effort. Get the material only if you can solve all these sorts of problems in your head:

For the rules on how to compete, read on:

Witnesses
Record attempts have to take place in public (university, school or museum). Two witnesses must confirm the record and at least one must have a professional background in mathematics.

Presentation of the Problem
Calculations can be done with the problem in sight. The mental calculator can dictate, write or type the answer but is not allowed to write down intermediate results.

Number of Attempts
Only 10 record attempts may be made within a period of 24 hours. The calculator should clearly say when he or she stops practicing. The witnesses may then signal the start of an official record attempt.

Timekeeping
Timing begins when the task is shown to the competitor and ends at the end of writing/dictating the answer. Two stop watches should be used. At the end of the attempt, average the two watches.

Computer Use
A computer program may show the tasks on the screen, let the calculator type an answer, compare the results and measure the time until the last keystroke. Correcting while still typing is allowed, but if the computer says a result is wrong, no correction is allowed. Attempts must still be in public and witnessed by two persons.

If you've already decided this is your thing, go to Memory Camp and start working out! 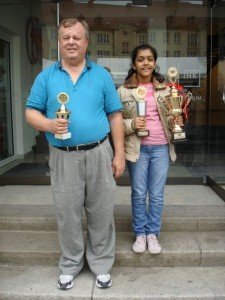 To meet the mental calculators you'll be competing against, go here or go here.

Posted by Excelmathmike at 2:42 PM