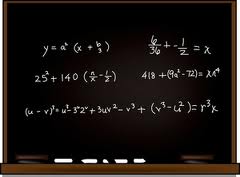 Many of these boards have been used in math education over the years. Writing on slate dates back to Neanderthal man. With the discovery of chalk (a natural mineral) came the finding that it can be easily erased from slate. The first chalkboard was made of black slate and was therefore called a blackboard. James Pillans, headmaster at the Old High School of Edinburgh, is credited with its creation. He used the blackboard to teach geography. The blackboard was first used in the United States around 1801 when George Baron, an instructor at West Point Military Academy, used it to teach math. Here's a photo of a West Point classroom from 1908. The dress gray uniforms are no longer worn to class:


And a more recent photo of a group of Cadets in the classroom: 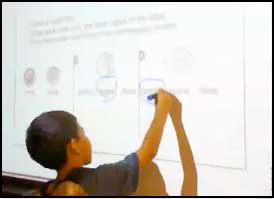 At Excel Math, we produce Projectable math curriculum that can be used along with Student Sheets and the Teacher’s Edition to help kids learn the math lesson of the day. We've taken the direct instruction portion of the lesson and projected it so the teacher can interact with the students and then reveal the answers.

Math problems are projected onto your screen, electronic board, white board, or even onto the wall. As the class discusses the problem, students can come up to the electronic board or whiteboard and work the problems for the whole class. Students can also complete the problems on the Student Lesson Sheets at their desks while the teacher explains the concepts using the Projectable. Here’s an example of a Student Lesson with the answers as shown in the Teacher's Edition: 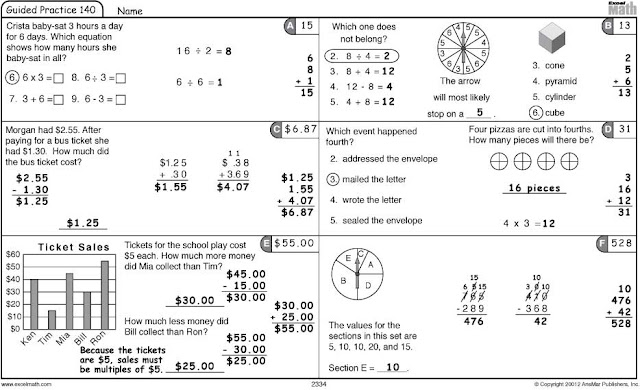 And this is another lesson as viewed on the Projectable CD. The Projectable first displays the lesson problems as shown on the Student Lesson Sheet: 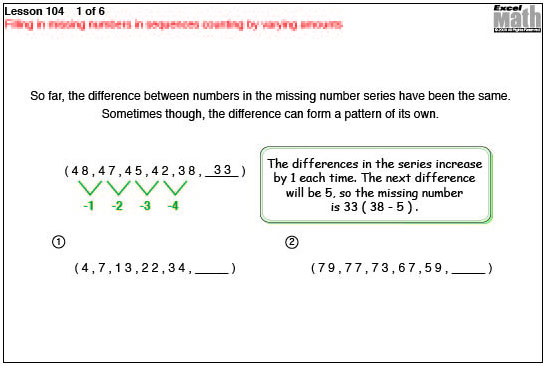 At this point the teacher can discuss the lesson and have students come up to fill in the answers while the other students work the problems at their desks using their own  Student Lesson Sheets. The next frame on the Projectable shows the completed work and the answers in red: 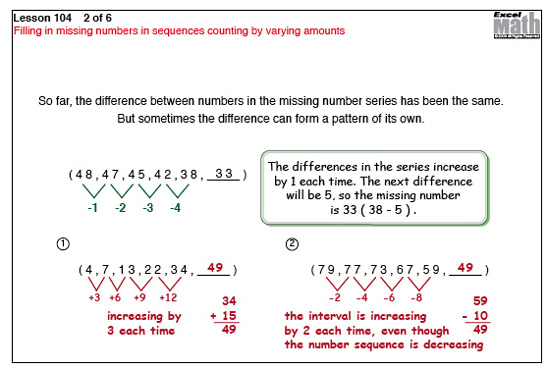 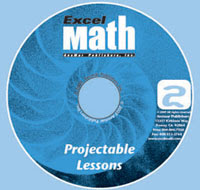 The files on this electronic product use the standard PDF format so the lessons may be printed on paper for use with a document projector or on overhead transparencies. Each grade level Projectable is on a separate CD disc. For more information and to view a video demonstration, visit ExcelMath.com.

Now back to our question about boards. Although there is no definitive surfboard inventor, surfing has deep roots in Polynesia, going back to around 1000 AD. Surfboard sales were up from $1.07 billion in 2008 andto $1.46 billion in 2010. So grab your favorite board and hang ten!
Posted by Carol at 5:00 AM