This week I am going to focus on single-word subjects for the blog.

Here's a word that's in the news a lot lately. DEFICIT.

What does it mean? An excess of expenditure compared to income.

What is its opposite? The opposite term is surplus, or more income than expenditure.

Was it just invented by our current government? No, not at all.

It's related to those symbols I covered a few months ago - less than and greater than. 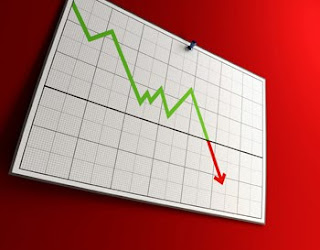 A local restaurant opened and was immediately popular. But it nearly failed in the first few months. Why? Because the owner had over-spent before opening and used up all the credit he could get. He had to pay the lenders back on a fixed schedule.

Even though every table was full and there were people waiting for seats, he couldn't handle the unexpected costs of buying more plates, glasses, pots and pans to keep up with the orders. And there wasn't room for more dishwashers to clean things fast enough. The stress in the kitchen caused the chef to leave, and the owner couldn't do everything himself. 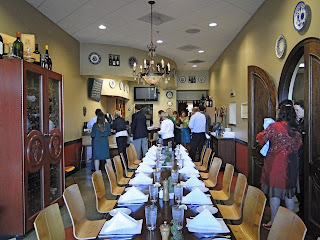 The solution was to get an experienced chef who (1) was used to this sort of thing, and (2) had the courage to turn down a few bookings, and (3) would defer taking a salary for awhile until the restaurant could stabilize its cash flow.

There are other solutions to a cash flow crisis besides credit. You can come up with ways to get people to pay BEFORE you have to spend any money on delivering products. Publishers know the beauty of subscription products. The customer pays up-front, and you deliver the subscriptions over time. But you have to be sure you don't spend all the money and find yourself unable to deliver the last issues!

I'm probably boring you. You may have an attention deficit.
Posted by Excelmathmike at 8:15 AM