The value of nothing

Notice the Zs and Ns? What's that all about? Why are N and Z associated with the symbol or value of nothing?

I think about it and all I come up with is a goose egg.

Do you know the ordinal form of zero?

In Excel Math, we teach kids about numbers. Zero isn't taught first, because it gets its meaning from its relationship with numbers that DO indicate value. Here it is with its friends: 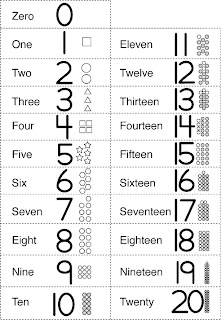 No one has really worked out the "right" way to use zero. It stands a bit alone from the rest of the numbers, as you see here.

(Personally, I think the British system works well, even after having wandered up and down corridors with my luggage a few times!)

The development of the word seems to have followed this path:

The idea of a placeholder (indicator of place value) was conceived by Hindu Indian astronomers, passed through to China, shared and transferred via Arabic traders. They gave it the name sifr (little circle that keeps the place). Those traders brought the concept and the word to Venice, where the Italian form of the work became zefiro.

Zephiro was an existing term that meant west wind (zephrus in Latin and Greek; zephyr in English). Once given this mathematical use of nought, it was later abbreviated to zero. In French the word was cifre (cipher).

There are lots of philosophical ponderings on the value of zero in our modern world. Just do a search on the term and you can read a few. This is my favorite, from Alfred North Whitehead:


The point about zero is that we do not need to use it in the operations of daily life. No one goes out to buy zero fish.
Posted by Excelmathmike at 9:31 AM