We have mentioned Deficit, Surplus, Thrift and have now come to Waste. This is one of the subjects that educators would like to see handled properly in math (or indeed ANY) curriculum. It's an antonym (opposite) of Thrift.

Not, want not, they say. Uh, OK, you say. But actually we do. A lot. But waste is a complex concept.
Check it out here if you have some time [to waste?]

Waste is a verb:


I wasted my time.
Waste is a noun:

We have too much nuclear waste.

Waste is sometimes an adjective:

Out in the waste land.

Educators are interested helping students to avoid several particular meanings of the word, such as

"Use inefficiently or inappropriately" and also "Spend thoughtlessly or extravagantly"

Some story problems in Excel Math are intended to reinforce a positive messages:


Three boys picked up trash on the beach. Byron picked up 457 pieces, Rico picked up 158 pieces and Miguel picked up 45 pieces MORE than the other two combined. How many items of trash did Miguel pick up from the beach?
A few help students learn efficiency and thoughtful purchasing. Here's an example:


Serena is planning a trip. She checked several airlines to compare prices and flight times. What information does she NOT need to buy her ticket:
1. the day of the trip
2. how long she will stay
3. the type of seat she wants
4. the length of the runway
Sometimes we tackle ecological issues. Our product is in the schools for years, so we tend not to deal with extremely contentious, political or time-sensitive issues. Let's use this as a sample:


Laurie volunteers two hours a day, five days a week assisting seniors at a nursing home to go to the park. How many hours does Laurie volunteer in eight weeks? 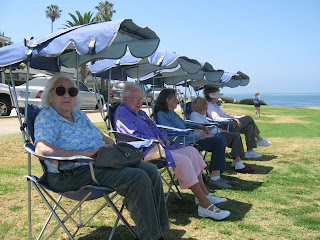 Posted by Excelmathmike at 8:26 AM