How Do We Make Sense of These Numbers?

I read this in the newspaper today:

These are so many percentages closely squeezed into one paragraph that it's almost impossible to understand what's going on. Shall we see what an elementary math education can do to make sense of it all?  We need more information.  I found a different article published 2 days ago in another paper - and more percentages:

About one-third of the country's 76 million owner-occupied homes have no mortgage because they were purchased for cash or their loans have been paid off; about 10.88 million homes, or 22.5% of those with a mortgage, were “underwater” and 2.2 million or 5% of those with mortgages had less than 5% equity, bringing the total of under or near-under to 27.5% of total mortgaged homes.

I think we have enough data to sort things out a bit. 76 million homes; one-third with no loans. Let's display this data clearly. I'll make sure the numbers line up and add up:

Let's plot this out to visually grasp it! 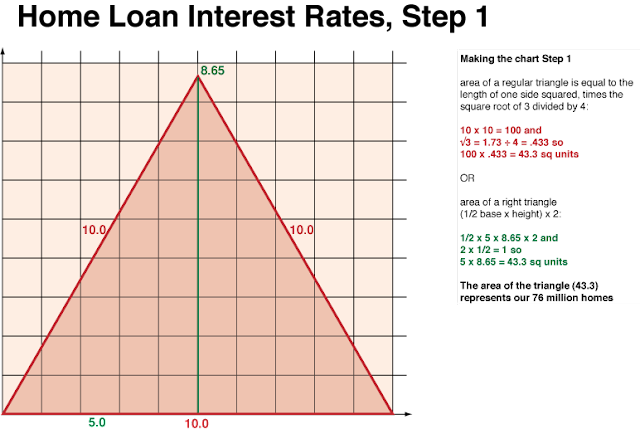 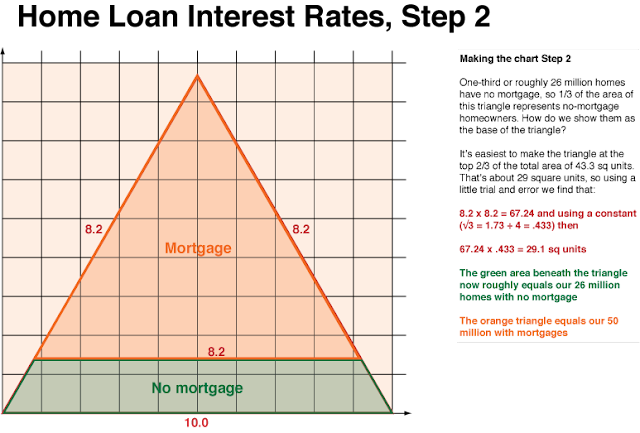 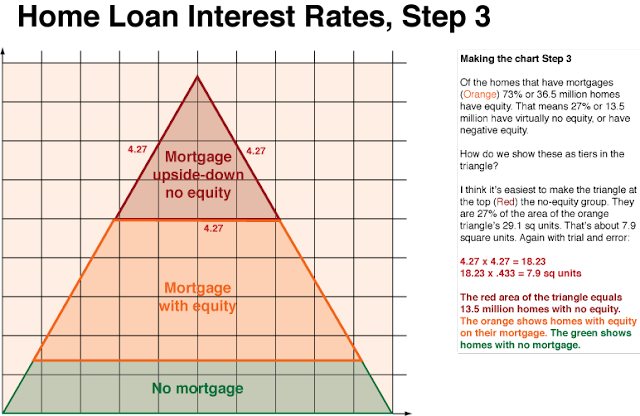 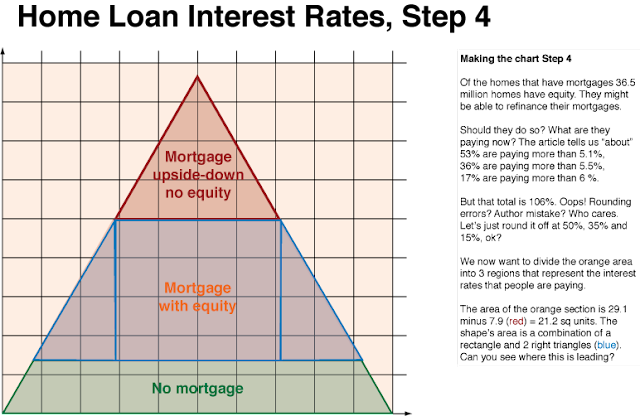 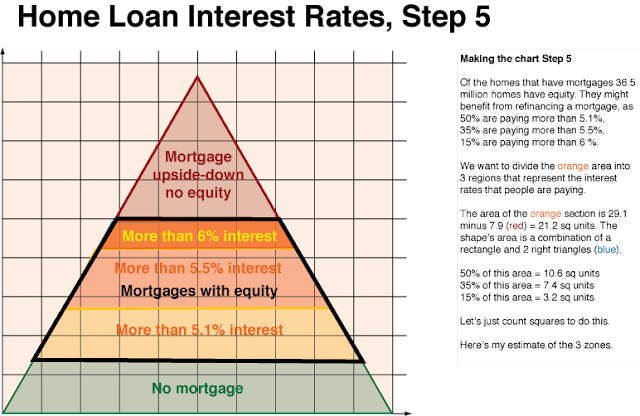 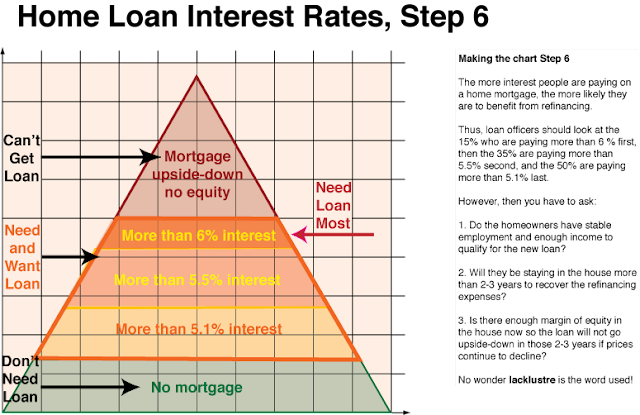 Maybe I have lost all of you.

This is darn hard work. Brain, a calculator, and some lines on the screen. No fancy spreadsheets doing this work for us today. But losing your home is even harder to bear. And so is having your life savings lost by a bank that loans money recklessly.

Make sure your kids are paying attention in their math classes!
Posted by Excelmathmike at 1:38 PM