How Do We Make Sense of these Numbers? Part II

Yesterday I showed how we can create a graphical view of data to better understand what's going on. I made a triangle graph, which requires some serious mathematical thinking. Today I will try to do the same data on a pie graph (without the help of a spreadsheet).

Here's the data describing the home loan situation in the US today:

The trouble with displaying data on a triangle is the difficulty of determining the area of the triangle, and calculating the proportional area of that total which represents a value. My triangle yesterday had sides of 10, and was placed on a grid, both of which helped in the calculations. Our calculation was also aided by a constant that comes from the formula for the area of an equilateral triangle. Simplified, that formula is [length of side squared x .433].

I'll bet you are wondering how we will calculate the area of a pie-shaped slice in a circle. If not, you should be. But that's the wrong question. What we want to do is show a proportional section of a circle, and unlike the triangle, calculating the area is not the easiest way. We can use a proportional number of the 360 degrees in a circle instead of calculating area. 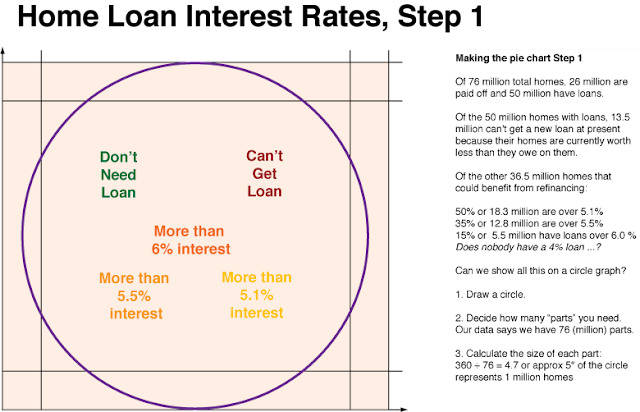 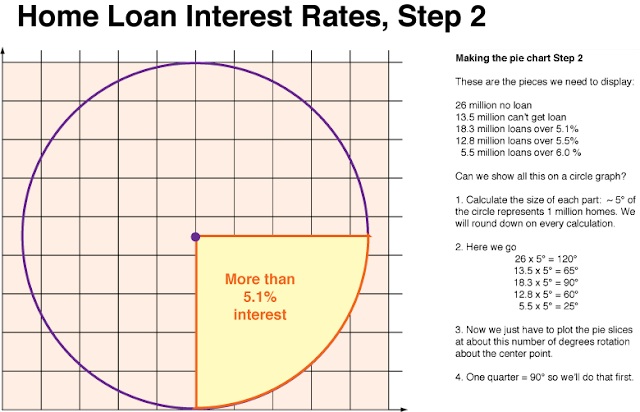 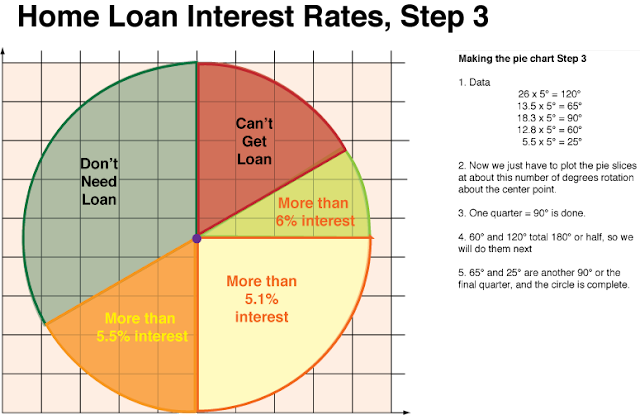 That was definitely easier than calculating the area of segments of the triangle. I was able to get the angles without much trouble, because we had sets that together made 90 or 180 degrees. I hope you enjoyed for graph-making without software or spreadsheets, using data from the authors of those news reports.

If you are a loan broker you now know the segment you want to reach first.


Posted by Excelmathmike at 2:43 PM