following on from yesterday's post which ended, like Columbo, with the statement, Just one more thing... what is the relationship of detective stories and math?

Well of course you all would know that, because you are reading this blog which connects the math we learned in elementary school with the life we lead as adults. Real Math works in the Imaginary Detective Worlds just like it does in our world. So does time. And geometry. And money.

It has worked since the beginning of the detective story. Real Math was used by Hercule Poirot about 120 years ago. 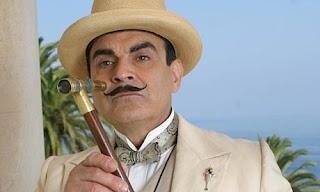 Here's Sherlock Holmes. His resolution of the "Five Orange Pips" was also about 120 years ago. Can you imagine a Holmes who didn't know math? 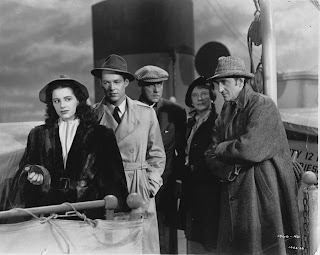 Of course you will have heard of Phillip Marlowe (Bogart). He appeared in a real city, a real time, with real bullets, miles to travel, and partners to avenge. Imaginary universe? Yes. Real Math? Yes. 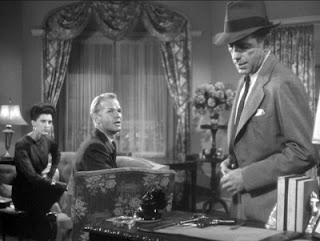 Jumping forward a few decades, you might recall Steve McGarrett of Hawaii Five-O. With his scale rulers and transparent map, he plotted the locale of the bad guys:  If his range is only 2.9 miles, he has to be within this circle ... 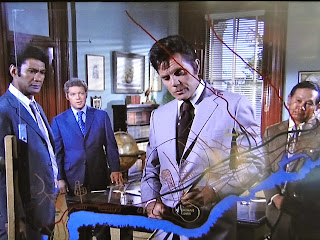 Around the same time you might have seen ace Lawyer Perry Mason wondering where in the heck Detective Paul Drake is: He should have been here by now, Della! 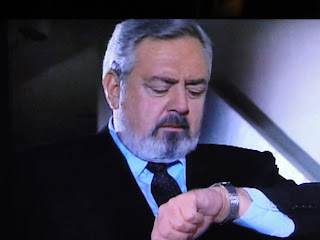 Do you remember a Columbo show that included Robert "Man from Uncle" Vaughn? Does it scramble up your imaginary universes when they cast a spy with a detective?! In this clip they are arguing over how long they had been driving: If it's 2 o'clock we must have been busy when it happened. Real watch. Real math. 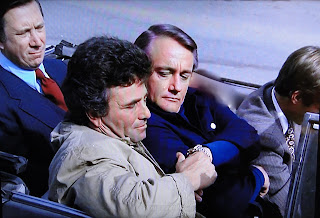 I also found an episode of Rockford Files where Tom Selleck played a detective competing with Jim Rockford. (More scrambled universes and realities!) Tom performed so well in this role that he earned himself a job as Magnum, PI (in Hawaii, where he followed Steve McGarrett on Five-O).

These guys are discussing with a client how much they should be paid for their detective works, so clearly money is the same in their universes too. 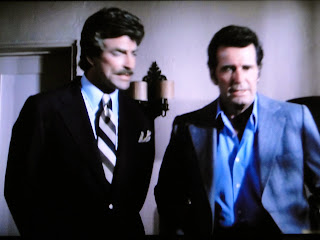 If all elementary math did was prepare us to read (and solve) detective stories, would that be enough? 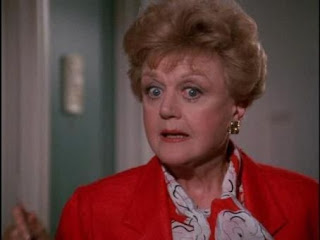 No, I suppose not. We would still need to know other useful numerical things as adults ... like the fact that the Veronica Mars show had a set 4157 feet from our offices at Ansmar Publishers! 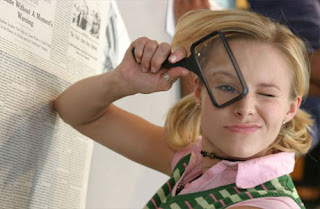 Posted by Excelmathmike at 6:19 PM