How do YOU say numbers?

Today's post follows along after the telephone number musing from yesterday. 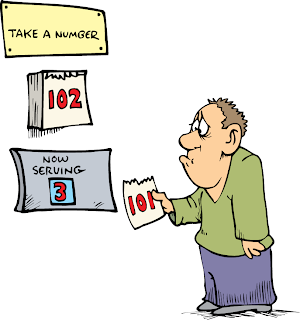 There are (firm but often un-written) rules in each language for pronouncing numbers and counting.

These rules in English are pretty inconsistent, but we don't notice that much because we learn them very early in our math training. Let's take a look:


Here we are inconsistent in how we write and speak the numbers.

⑩ ten ⟶  ten-ty one ? No, wrong!
⑪ eleven  where did this come from? It matches nothing!

Here we are a bit less inconsistent in how we write and speak the numbers.
Why does twenty sound like it follows 12, when it's really two sets of ten?
Why does thirty sound like thirteen, when it's three sets of 10?  and so on to 59.

From sixty upwards we are consistent in how the numbers are written and spoken.

Consistent except when it comes to the zero! Why don't we say ninety-zero? We could.  Here's a more consistent system that we could try:


Some of these thoughts came from a mathematician named LaFarr Stuart. He also wants us to move to a base 12 system - a suggestion I think we can ignore for now.

The military and aviation worlds are very interested in safety, security and speed when it comes to pronouncing words and numbers. They have come up with their own rules that over-ride the standard English grammar we learn in school. I find their system fascinating, so I will tackle it another time.

For now, this is Mike, signing off with 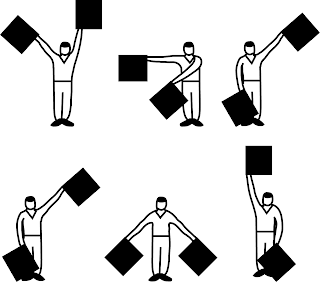